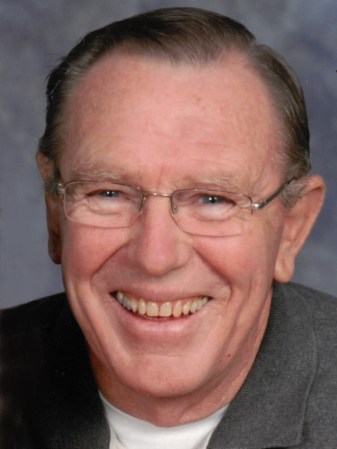 Bruce Wayne Lees, age 80 of Austin, Minnesota, passed away peacefully Tuesday, September 22, 2020, at his home, surrounded by his loving family. Bruce was born June 5, 1940 in Austin, Minnesota, to Ronald and Hannah (Johnson) Lees. He graduated with the class of 1958, from Austin High School. On July 24, 1960, Bruce was united in marriage to Janet Wakefield at the St. Olaf Lutheran Church in Austin. Together they had four children. Bruce was the owner of Lees Lock for over 25 years. He was a lifelong Austin resident and a member of St. Olaf Lutheran Church. Bruce was an avid outdoorsman who enjoyed fishing, hunting, golfing, bird photography, and woodworking. He will be dearly missed by all who knew and loved him.

A memorial service will be held at 11:00 a.m. on Tuesday, September 29, 2020 at Worlein Funeral Home Chapel in Austin, Minnesota. Visitation will take place one hour prior to the service at the funeral home on Tuesday. Interment will be in Oakwood Cemetery, Austin. In lieu of flowers, memorials are preferred to the Hormel Nature Center or St. Olaf Lutheran Church in Austin. Worlein Funeral Home of Austin is assisting the family with arrangements. Condolences may be expressed to the family online at www.worlein.com.