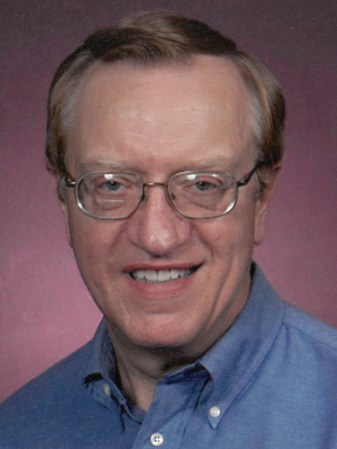 Arthur James Goembel, age 82 of Austin, Minnesota passed away peacefully surrounded by his loving family on Tuesday afternoon, September 22, 2020 at Mayo Clinic Health System in Austin after a 7-year battle with Bone Marrow Cancer and Leukemia. Arthur was born August 16, 1938 in Moline, Illinois to Donald and Frances (Spieker) Goembel. He grew up on a farm near Luverne, Minnesota and graduated from Luverne High School in 1956. Arthur attended the University of Minnesota where he earned his Bachelor’s degree in 1960. He then went on to receive his Master’s degree from Michigan State in 1962. Arthur joined the United States Air Force, serving until his honorable discharge. In 1963, Arthur started his 38 year career with Hormel Foods in Research and Development and was the Hormel Curemaster from 1993 until his retirement in May 2001. On May 27, 1967, he married Karen J. Warfield at St. Olaf Lutheran Church in Austin, Minnesota. Their marriage was blessed with two children, Todd and Julie. Arthur was a member of the Elk’s Club, American Legion Post 91, Austin Noon Lions, and St. Olaf Lutheran Church where he was active in the radio broadcast and sang in the church choir for 50 years. Arthur loved his dogs and he enjoyed fishing, hunting, and spending time with his family, especially his grandchildren who were the apple of his eye. He will be fondly remembered and dearly missed by all who knew and loved him.

Funeral services will be held at 10:30 a.m. on Monday, September 28, 2020 at St. Olaf Lutheran Church in Austin with Pastors Mark Niethammer and Madison Chelberg. Due to COVID-19 the seating is limited to 80 people total at the service. Visitation will be held from 3:00-5:00 p.m. on Sunday, September 27, 2020 at Worlein Funeral Home in Austin. Interment will be in Oakwood Cemetery in Austin. Military rites by American Legion Post 91. In lieu of flowers memorials are preferred to St. Olaf Lutheran Church. Worlein Funeral Home of Austin is assisting the family with arrangements. Condolences may be expressed to the family online at www.worlein.com.