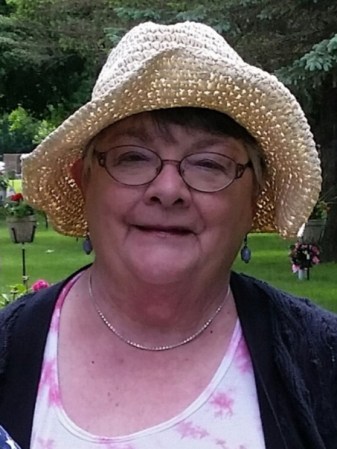 Patricia A. Higgins, 73, of Austin, Minnesota passed away peacefully on August 11, 2020 at Season’s Hospice Home, surrounded by her loving family, following a brief but courageous battle with cancer.

She was born on March 27th, 1947, in Austin, Minnesota to Orville V. and Margaret B. (Bigelow) Smith. She attended Austin public schools, graduating with the class of 1965.

Patricia married John W. Cummings on July 11th, 1965 in Austin, Minnesota, having two daughters from this union before John’s passing in 1969. She married Thomas E. Higgins on June 11th, 1971 having one son from this union. They resided south of Austin for most of their married life.

As a non-traditional student, Patricia earned her Master’s Degree in political science/women’s studies from Minnesota State University Mankato in 1990 and later became a licensed massage therapist.

In her spare time Patricia enjoyed her flower garden(s), traveling, movies, bingo, and crafts. She especially enjoyed time spent with her grandchildren.

As a stay at home mother, Patricia volunteered her time at the labor support center, as a Girl Scout troop leader, and was a regular chaperone of her children’s activities.

She was a member of the Austin Zonta Club, Austin Eagles Arie 703 and actively participated in the Mower County DFL as well as serving as an Austin Township board member.

Over the years she held many positions of employment including, Mower County Crisis Center, Golden Tress Salon, as well as her in-home massage business.

Mass of Christian Burial will be held at 11:00 AM on Tuesday, August 18th at St. Augustine Catholic Church in Austin, MN, with Father James Steffes officiating. Interment will follow at Calvary Cemetery. Visitation will be held from 4:00 to 7:00 PM on Monday, August 17th at Clasen-Jordan Mortuary, and will continue Tuesday morning from 10:30 to 11:00 AM prior to Mass, at church.

US retail sales regain pre-virus pace but slowdown is likely

WASHINGTON (AP) — Americans increased their retail purchases by 1.2% in July, with solid gains in appliances and clothing, restoring... read more