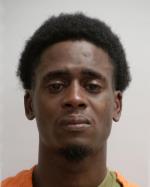 According to the court complaint, Mower County deputies and a Minnesota State trooper responded to a disturbance at about 6 p.m. on Aug. 8 in the City of LeRoy. The trooper was approached by a woman who reported that Burns had solicited sex from a 12-year-old girl. She indicated to law enforcement that the incident occured behind a local business, then took them to the victim’s location.

The victim, who had recently been crying, reported that she was at the business with her family and when they were leaving, she went out the back door to retrieve her bicycle. She said she saw Burns and an unknown woman outside the business and the woman walked away from Burns after he said something to her. The victim said Burns then approached her and said, “Hey you!” and, “Do you wanna have sex with me?”

The victim indicated Burns asked her how old she was and she told him that she was 12. When Burns learned her age, he asked her if she wanted to be on his “YouTube channel.” The victim said she told him “No” and then she slapped him and pushed him away from her.

The victim indicated the incident occurred at about 4 p.m.

A deputy arrested Burns and learned that he was on felony probation in Blue Earth County with a “no use of alcohol” condition. Suspecting Burns was drunk, the deputy asked him to submit a preliminary breath test sample. Burns complied and the result was a 0.18 percent alcohol concentration.

The deputy advised Burns of the allegation against him and he denied that it occurred. The deputy then attempted to interview Burns, but found that a civil conversation was impossible.

A review of Burns’ criminal history shows prior convictions for theft, burglary, escape from custody and violating a domestic abuse order for protection.

Burns will appear in court again on Aug. 24.