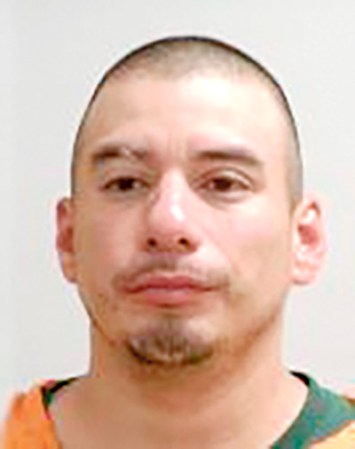 According to the court complaint, Austin police responded to a domestic disturbance at about 5:49 p.m. on Aug. 19 in the 600 block of 12th Street Northeast. Officers arrived and made contact with a woman who reported that Garcia, who was known to her, had entered her residence through a window without her consent. She also indicated that Garcia had damaged her vehicle with his fist and had broken into her garage.

She said that after Garcia entered her home, he assaulted her in the living room. She said she was pregnant and Garcia had punched her stomach, so the officers had an ambulance come to the scene. She indicated Garcia strangled her during the assault and that he had pulled out a black knife and told her he was going to cut her face.

She said she came home earlier and saw a chair had been moved beneath a window and the window screen was on the ground. She started to enter the house and Garcia was waiting inside the door and pulled her inside. She said she tried to get away several times, but he blocked her access to the door. She then said Garcia pulled her hair and said, “I’m going to (expletive) kill you. I’m going to (expletive) cut your face,” after which he grabbed her by the throat with both hands and pushed his thumbs into her windpipe. She indicated that she believed he stopped strangling her because a child at the residence was crying and trying to intervene.

An officer observed redness and scratches on her neck and photographed the injuries.

A review of Garcia’s criminal record shows prior convictions for domestic assault, violating a domestic abuse no contact order, theft and storing methamphetamine paraphernalia in the presence of a child.

Garcia will appear in court again on Sept. 8.