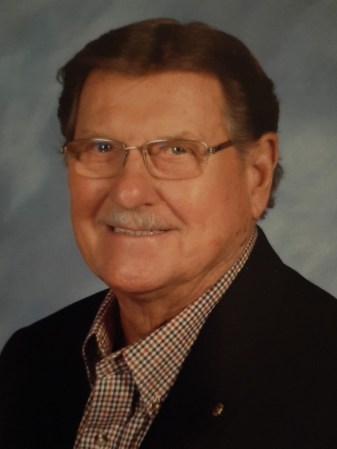 Dale Fredrick Nelson “Nels” was welcomed home into the loving arms of Christ on Thursday August 7, 2020. Dale was born in Albert Lea, Minnesota on April 25, 1932 to Alvina (Peterson) and Victor Nelson. He grew up in Austin and Brownsdale, Minnesota graduating from Austin High School in 1950. As a young man he traveled west by motorcycle to Washington working on the Hanford Hydropower Project of the Columbia River. In 1952, he enlisted in the United States Air Force stationed in Colorado and serving in North Africa during the Korean War. He was honorably discharged in 1956 coming back to Austin, Minnesota working as a lineman for Austin Utilities and married Carol Kirchner on March 16, 1957. In 1963 their daughter Kristin was born and in 1964 they moved west to Fresno, California where in 1966 their daughter Heidi was born. Dale worked for Pacific Gas & Electric first as a lineman and later as an electrical engineer after twelve years of night school graduating from California State University, Fresno. Dale retired in 1997 and traveled the United States and was able to fulfill his dream of driving through Alaska in his Jeep Wrangler. In 2001, he bought his home at Bentsen Grove Resort in Mission and became a “Winter Texan”. He and his partner Kay Miller loved living in the sunny Rio Grande Valley and had fun every summer coming home to Minnesota to be with family and spend time at the lake.

Dale loved adventure and being active. He loved skiing in the mountains of California, Utah, and Colorado, he hiked the Grand Canyon to celebrate his 50th birthday, he loved visiting National Parks, swimming in the ocean at Doheny State Beach, and dancing to a big band sound. Dale was proud to be the union VP for the PG&E Engineers and Scientists of California Local 20, a member of the Sons of Norway, the Elks, and the Austin Cotillion Club. Dale was tall, strong, had a beautiful voice, movie star looks, was thoughtful, loving, and generous. He loved his country, his Norwegian/Danish heritage, his Christian faith, and his family.

A memorial service will be held at 1:00 p.m. on Saturday, August 22, 2020 at Worlein Funeral Home Chapel in Austin, Minnesota. Visitation will take place from 12:30-1:00 p.m. prior to the service at the funeral home. Due to the current health concerns and restrictions, the limited capacity for the funeral home is 57 people. Interment will be in Oakwood Cemetery, Austin. Military honors by American Legion Post 91 and V.F.W. Post 1216. Memorials are preferred to the Macular Degeneration Association. Worlein Funeral Home of Austin is assisting the family with arrangements. Condolences may be expressed to the family online at www.worlein.com.