Two individuals on Tuesday made their first appearances in Mower County District Courts on charges in different cases.

Darah Souen, 30, of Austin has been charged with felony reckless discharge of a firearm within a municipality.

According to the court complaint, Austin police officers responded to a firearms complaint at about 7:17 p.m. on June 27 in the 700 block of 11th Street Northeast. An officer arrived on scene and made contact with individuals that said Souen, who was sitting on the rear porch of a residence, had fired a gun several times from the porch.

The officer made contact with Souen and observed that he was intoxicated with numerous liquor bottles around him. Souen was detained in handcuffs for the officer’s safety after shell casings were located near the foot of the stairs.

Souen claimed that he was lighting off “Roman candles”; however,  a neighbor reported seeing Souen fire three rounds from a handgun, followed by three additional shots a few minutes later. 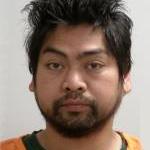 Officers looked in a window at Souen’s residence and saw a handgun in the kitchen area.

As Souen was arrested, he said, “It’s the Fourth of July, man.” He was transported to the Mower County Jail, where he submitted to a preliminary breath test resulting in a reading of 0.30 percent alcohol concentration.

A search warrant was executed at the residence and the following items were seized as evidence:

Souen will appear in court again on July 13.

According to the court complaint, a Mower County deputy driving on Interstate 90 at about 1:58 a.m. on June 29 observed a 2001 Oldsmobile Alero driving erratically near 11th Drive Northeast in Austin. The deputy initiated a traffic stop and made contact with the driver, Anderson, who said his driving behavior was caused by him looking at his GPS.

The deputy detected the odor of alcohol and asked Anderson about his alcohol consumption. He denied drinking, but said he had “smoked weed.” He then said that he had consumed one beer about two hours earlier. 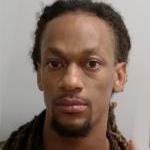 The deputy has Anderson perform five field sobriety tests, all of which he failed. She then administered a preliminary breath test, which came back as 0.198 percent alcohol concentration. Anderson was then placed under arrest.

A search of Anderson’s vehicle produced the following:

Due to a prior felony drug conviction, it is illegal for Anderson to possess a firearm or firearm ammunition.

At the Mower County Jail, Anderson was read a Breath Test Advisory, but refused to provide a breath sample.

A review of Anderson’s criminal record shows prior convictions for DWI, theft and drug sales.

Anderson will appear in court again on July 13.