Teyghan Hovland, who will be a senior at Austin in the fall, has been busy on the baseball diamond this summer. 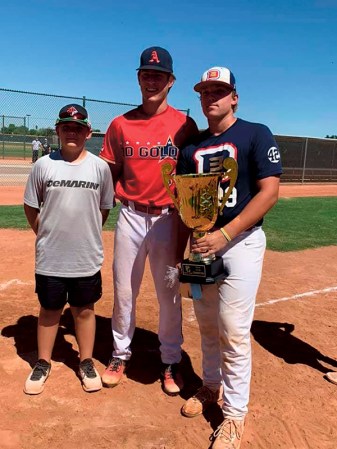 Teyghan Hovland, center, stands next to his former Minnesota teammate Tanner Smith of Burnsville, who is the No. 1 ranked catcher in Arizona and has committed to Oregon State. Hovland recently played on the USA 3D Gold 18U team that won the PG Elite 18U Tournament. Photo Provided

Hovland was a member of the USA 3D Gold 18U team that went 8-0 and won the PG Elite 18U Tournament at Surprise Stadium, which is the Texas Rangers spring training complex.

Hovland played left field and pitched for the Elite Team, which has 10 players who have made Division I commitments.

Hovland was also invited to the Minnesota State High School Baseball Coaches Association’s Junior Showcase Event on on Aug. 2. The event showcases the best junior baseball players in the state.

Hovland has remaining tournaments in Atlanta, Milwaukee and Cincinnati to wrap up his summer schedule. 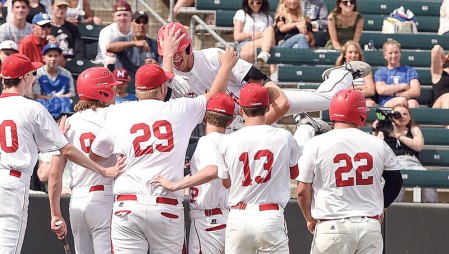 The Austin 18U baseball team opened its season with a 14-0 win in five innings over Saint Peter on the... read more