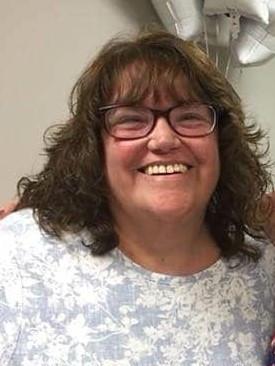 Gina Lee (Domino) Arens, age 52 of Austin, passed away Sunday, July 26, 2020 in her home after a short battle with pancreatic cancer.

Gina was born December 26, 1967 in Austin, MN to Karen (Kunze) and Eugene Domino. She grew up in Austin and graduated from Austin High School. Gina was married to Todd Arens and had two children: Jordan (30) and Ashlee (26). Gina was a longterm employee of Kmart as a Pharmacy Technician and upon their closure was hired by HyVee joining their pharmacy team in the same position. Gina loved her work, fellow employees and her customers who she felt were all part of her extended family. Gina was a sports encyclopedia, a true fan of the Green and Gold, Green Bay Packers (Go Pack Go) and enjoyed watching scary movies with her daughter Ashlee and her sister Lisa.

Gina will be interred at Oakwood Cemetery in a private family service due to Covid 19 restrictions. A Celebration of Life will be held at a later time when social gatherings become a reality again.

A message from her daughter: If you knew my mom, chances are your heart is broken like mine. My mom was one of the most selfless, kind hearted and caring people that you could ever know. She truly had a heart of gold. Her smile lit up the room, and her laugh was contagious. She will be deeply missed by many.