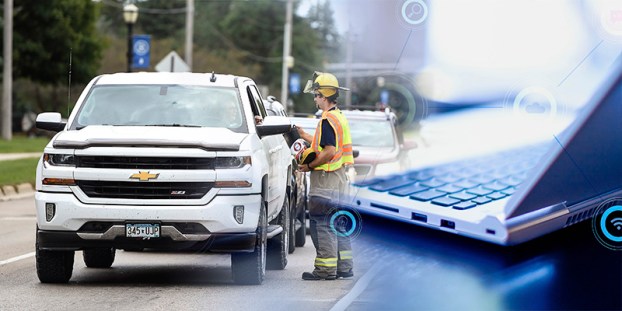 Due to concerns about in-person fundraising, the International Association of Fire Fighters (IAFF) announced on Wednesday that it would move its annual Fill the Boot Muscular Dystrophy Association fundraiser to online.

For 66 years, the IAFF has collected critical funds in the community as part of the Fill the Boot program. Fire fighters across the country participate by standing at intersections and collecting money from passing drivers, who place their donations in fire boots. The money raised goes towards muscular dystrophy research and sending children with the disease to a special MDA summer camp.

The decision to move online was made because maintaining social distancing would not be possible.

“For six decades, IAFF members have been at intersections across America with their fire boots to collect donations for MDA,” IAFF General President Harold Schaitberger said in a press release. “But the COVID pandemic and social distancing make that an impossibility. Virtual Fill the Boot will let our members continue to collect to help MDA meet their vital mission of finding treatment and cures for muscular dystrophy, ALS and other neuromuscular diseases.”

“IAFF members display an unwavering support for MDA year after year, raising critical funds and awareness to help our families get the care they need,” said MDA CEO and President Lynn O’Connor Vos. “We are so thankful to the IAFF for continuing its commitment to cure neuromuscular disease and for the flexibility to go virtual through this pandemic to protect everyone on the frontlines in our communities.”

Each year, the Austin Fire Department’s union, Austin Firefighters Local 598, holds a friendly competition with other departments in Minnesota, Wisconsin and the Dakotas to see who can raise the most money per union member. The winner gets to display the Golden Axe in their station.

The AFD has held the Golden Axe since 2009, but with the fundraiser going online, Austin fire fighter and Fill the Boot organizer Jim Halsey is unsure if it will stay in Austin.

“It’s definitely a bummer,” he said. “I have an eerie feeling we’re probably not going to maintain (the Golden Axe) this year because we’re not out on the streets. I think we get the best response when our guys are on the streets and putting in the hours to get that money. But for some of those departments that have been trying to (take the Golden Axe from Austin), it gives them more drive to take it away from us. Hopefully if that happens, things will get back to normal next year and we can bring it back home to Austin. But, we’re going to try to maintain it the best we can.”

Halsey understands that many have been affected by the pandemic, but hopes they will still be able to donate.

“It’s a tough time; everyone is struggling with it,” he said. “With so many people out of work, how do you ask them to give? It’s such a great charity, but people are trying to put food on their table.”

The MDA set up accounts for all of the local unions for the online fundraiser.

To support the Austin Fire Department, donations to Fill the Boot can be made at https://filltheboot.donordrive.com/index.cfm?fuseaction=donorDrive.participant&participantID=4638.

Decision gives flexibility to schools; MSHSL to deliver options to board Aug. 4

Gov. Tim Walz and the Minnesota Department of Education released what they are calling the Safe Learning Plan to be... read more