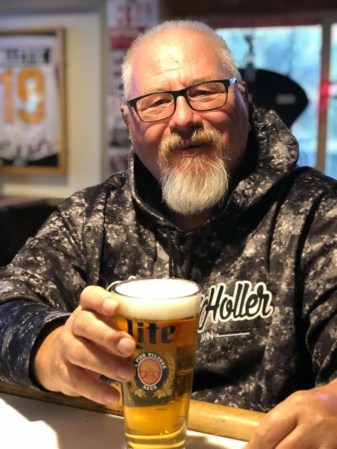 Preceded by: Parents- Dale (Red) and Louise Enright and Father and Mother-in-law- Roger and Mary Baier.

Celebration of Life will be held at a later date.

Wayne was born and raised in Austin, MN to Red and Louise Enright. He graduated from Austin High School in 1969 and then joined the United States Army with the 2nd Infantry and served his country for 6 years. After his service he returned to Austin and went to Vocational school for Auto Body and eventually worked for Crossroads Trailers in Albert Lea, MN from which he retired from. During this time, he met Judy Baier and they were married April 7, 1979 and had 2 children. After his retirement, Wayne and Judy fulfilled their life-long dream of owning a bar by purchasing Smittys Tavern in Austin, MN with Jeremy Olson. They made many, many wonderful friends at what became Hoot n Oles. Wayne enjoyed spending his days with his kids and grandchildren fishing and hunting at their cabin in Waskish, MN.