Called The Old Man by his three children, Papa by his ten grandchildren, Stan the Man by his family, and Doc by his friends, Stanley Edgar Miller was born on December 20, 1952 in Austin, Minnesota and passed away on May 12, 2020 in Albert Lea, Minnesota. Son of Maurice and Dorothy Miller, Stan was raised in Austin and in 1975 he married JoAnn Daly. Together, they had three children, Maggie (Luke) Hanson, Justin (Kelly) Miller, and Rebecca Halko. Stan was what you might call a “jack of all trades” and over the years worked as a mechanic, truck driver, chemical dependency counselor, foster parent, and car salesman. 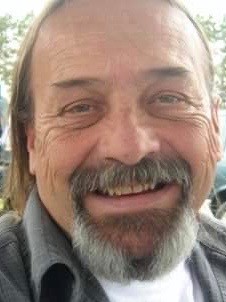 Father, Grandfather, Brother, Uncle, Son, and Friend. Stan was a great writer, artist, and storyteller. Stan loved an adrenaline rush and was known to take his children on adventures that would make most gasp. He had a deep affection for a dangerously fast ride on a motorcycle, Marlboro Reds, and a strong cup of coffee in his favorite mug. He was self-taught on the guitar and harmonica and Neil Young and Willie Nelson were two of his favorites. Stan enjoyed making people laugh and was known to play practical jokes on his family and friends. He was beyond intelligent and could fix, create, or build just about anything. And he loved to pass on that knowledge to anyone willing to learn.

Stan deeply loved his family and friends. His grandchildren Brody, Andy, Riley, Blake, Conner, Cameron, Eliza, Jackson, Carter, and Gage gave him the greatest of joy. Some of his grandchildren’s favorite memories include baking bread, going fishing with a can of corn for bait, four-wheeling up in Duluth, handing him tools as he was wrenching on cars, and of course – making potato guns and shooting off fireworks in the middle of the day while mom and dad were at work.

Despite these loves, Stan struggled with darkness and his past – and sadly, it caught up with him. Fortunately, he built a strong foundation with his children, family, and friends which has stood the test of time. And for that, we are forever grateful.

Proceeded in death by his parents Maurice and Dorothy Miller, sister Ruth Schnell, and best friend Phil Henricks. Survived by his children and grandchildren; siblings Doris Hoy, Lillian (Roy) Barclay, and Louis Miller; ex-wife and friend JoAnn Daly; honorary sons Morgan Henricks and Jacob Henricks; as well as many amazing nieces, nephews, family, former foster kids, and friends. All of whom loved Stan dearly, despite the path that life often took him.

“The rain seems endless and gray, dank air pelted – with drops of dirty water, dismal feelings, and melancholy…. I have to drive south. I’ll turn the heater on low and find a lonely, love song station on the radio. Maybe drive the back roads. And rue the bad days of the past and hope for sun. And just hope for all of us.” Stan Miller –2009

He always hoped the best for all of us. We will hold a celebration of Stan’s adventures and of course, his misadventures whenever first possible. Details on the Celebration of Life for Stanley Miller can be found on Facebook.

Officials expecting increase to continue   The Minnesota Department of Health on Friday reported 40 new cases of COVID-19 in... read more