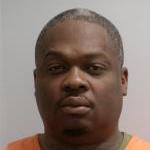 Antoine Davis, 22, of Austin has been charged with three counts of felony fifth-degree drug possession, misdemeanor fleeing a peace officer by a means other than a motor vehicle and misdemeanor tamper with motor vehicle.

According to the court complaint, at about 2:30 p.m. on June 24, police responded to a report of a male subject smoking marijuana on the front steps of a residence in the 100 block of 13th Street Northeast in Austin. Officers arrived at the location and saw Davis, who immediately grabbed a black backpack, went to the northwest corner of the house and entered a door. The officers waited for Davis to step outside to speak with him and they could hear two voices coming from inside of the house. The officers called for Davis to come outside and he complied. Davis said he lived at the residence and initially denied smoking marijuana, but admitted to it when informed the neighbors had complained about it. 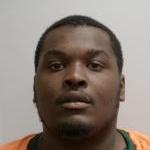 As the officers walked back to their squad cars, one realized that the male subject was Davis, who had an arrest warrant for failure to appear in court on a charge of robbery while possessing a dangerous weapon. When police advised Davis of the arrest warrant, Davis jumped over the railing on the steps and began running away. An officer chased him to an area on 12th Street Northeast, where Davis entered the back seat of a 2003 GMC Yukon. The officer approached Davis and told him to step out of the vehicle. Davis complied and then started running away again. The officer deployed his Taser and apprehended Davis.

The officer contacted an Austin detective and advised him of the black backpack that was likely inside the residence. The detective was granted a narcotics search warrant for the main floor apartment at the residence and received the key from the landlord.

The search team did not locate anyone inside, but several pieces of packaging for THC products on the floor. During the search, a bag containing what appeared to be several small packages of suspected fentanyl (packaged for sale) and a large piece of suspected fentanyl (a total of approximately 14 grams) was found between the mattress and box spring of the bed nearest to the front of the residence. The detective also found approximately 4.2 grams of marijuana and a THC vape cartridge in the same bedroom.

The detective was then granted a search warrant for the upstairs apartment, returned to the location and saw Gills and an adult female standing in the front yard. Gills told the detective Davis was not supposed to be at his apartment (main floor) and no one was in there when he left earlier in the day. Gills denied having anything illegal in the residence, but said that his bedroom was toward the front of the residence and it was the only bedroom he used. Gills also denied that heroin was sold or used at the residence.

Officers then executed the search warrant on the upstairs apartment and found Davis’s black backpack, which smelled strongly of marijuana. The backpack was found to contain several bags of marijuana (approximately 123 grams), a THC vape cartridge, a scale, 11.4 grams of marijuana wax, and THC edibles. Also located inside the backpack was a receipt with Davis’s name on it and Davis’s credit card.

A review of Davis’s criminal record shows a prior conviction for theft. He is currently awaiting disposition on a recent charge of robbery while possessing a dangerous weapon.

Both will appear in court again on July 9.

Grand Meadow brothers have excelled in wrestling and racing

GRAND MEADOW — Parker Hale and Jackson Hale can’t think of their childhood without hearing the sound of a tire... read more