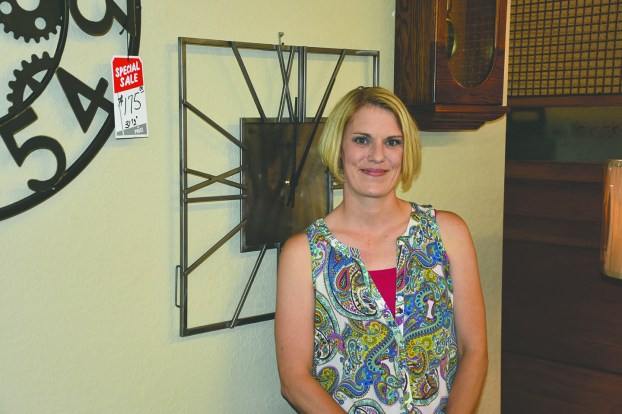 Heather Wagner recently became the owner of Brick Furniture in Austin. Wagner has worked at the store for more than a decade. Rocky Hulne/sports@austindailyherald.com

When the long-time owner of Brick Furniture fell ill, long-time employee Heather Wagner stepped up and seized the task of keeping the business going.

Wagner, who has worked at Brick Furniture as a sales associate for over a decade, took over as the store’s owner last week. She’s taking over for Steve Brick, who had taken the Austin store from his dad.

Brick Furniture opened in Austin in 1970 and also has locations in Albert Lea and Mason City. Wagner said that Steve was always good about keeping up with customers and meeting their needs, even after they purchased furniture, and she plans on continuing that approach.

“I’d like to say thank you to Steve and Nancy for allowing me to purchase it from them,” Wagner said. “I know it’s a very bittersweet time for them. It was very hard for Steve to leave the store, but hopefully he knows that it’s in good hands and we can keep on the legacy that he and his father built.”

Wagner now finds herself in the unique position of owning a store that has employed her father for more than 45 years. Mike Selmecki, Wagner’s father, is a longtime sales associate at Brick Furniture and will serve as a strong support system for Wagner.

“He does anything and everything,” Wagner said. “Even though I own the business, he’s probably still my boss. He’s been around and he knows the ins and outs of the business. He’s certainly played a huge role in helping me take this on. It’s a huge opportunity,  but it’s also a lot of pressure to keep a business like this going.”

While she has a lot of resources to help her run the store, Wagner still has some things to learn as she moves forward.

“It’s been a fairly easy transition,” she said. “The biggest things I have to learn are ordering furniture and keeping stock on inventory in the store. That’s the biggest challenge is getting new stuff and keeping the stuff rolling on the floor.”

Roster shuffle: Plans change in MLB because of health issues