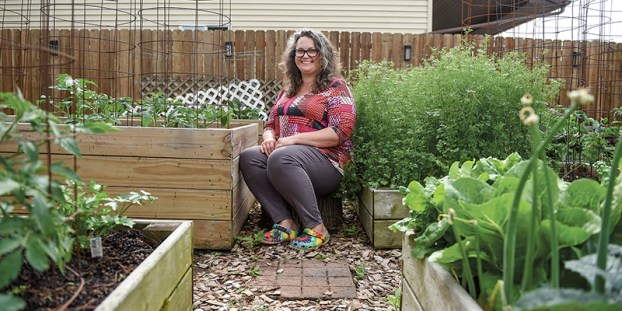 Austin resident Sherry Schied has petitioned the Austin City Council to have a few hens on her property in northwest Austin. The council voted to table the discussion until next year. Herald file photo

Do the citizens of Austin want hens to be allowed within city limits? That is what the Austin City Council would like to know.

The council is looking for citizen input after receiving a petition from Austin resident Sherry Scheid to allow a few hens on her property.

“It’s like having a dog that doesn’t bark and is much easier to clean up after,” Scheid said about having hens.

Under the current city ordinance, “it is unlawful for any person to own, keep, possess, harbor or offer for sale any non-domestic or farm animals within the city limits.”

The council discussed Scheid’s petition during its June 1 work session, but decided to table the request for one month to gather more information after the council was split in the matter.

Scheid said that having hens, particularly with COVID-19 going on, would allow for some food independence and certain benefits, such as fresh eggs, the ability to teach kids about where their food comes from, and organic weed and bug control.

“With the pandemic we’ve had, there’s been a shortage of people in factories to produce our food,” she said. “When you think of all of the pigs and chickens that have had to be euthanized because there wasn’t any place to take them and process them, it’s very wasteful.”

Under the proposal, roosters, which Scheid said are “noisy and obnoxious,” would not be allowed.

Scheid is no stranger to the subject. In 2014, she and others made a similar request to the council that failed in a 4 to 3 vote.

“My understanding is that certain people in town called their council members and said, ‘We don’t want chickens in town; that’s for on the farm,’” Scheid said. “I think some people have personal biases against them, but I think there is a big misunderstanding. There are big factory farms where thousands of chickens are being raised in one building with the smell and the noise. You’re not going to have that with just a few hens in the backyard.”

Since the 2014 vote, five new members have joined the council and Scheid is hopeful the decision will be different.

“A bunch of members have changed,” she said. “There are still a couple of the same ones who I’m told will just always say no because I think they’re kind of stuck in their ways with it, but times are changing and evolving.”

“It’s important for a lot of people to be sustainable,” she added.

Scheid also cited another reason to allow people to own hens within city limits: companionship.

“A lot of people have them for pets,” she said. “They live to be 15 years old, just like a dog or cat does.

“I can have three big St. Bernard’s in my yard, but I can’t have three little chickens.”

The council will discuss the request during its next work session on Monday, July 6. Those looking to give input can contact councilmembers from their respective wards; contact information can be found at www.ci.austin.mn.us/city-council.

Family tradition carries down from father to daughters

Just about every high school athlete has their eyes set on a big goal they want to achieve. Austin incoming... read more