Mark Owen Reeve passed away unexpectedly at his home on May 30, 2020. He was born to Roger Burton and Jane (Helm) Reeve on January 14, 1955 in Austin, Minnesota.

Mark was raised and educated in Austin, graduating from Austin High School and Austin Junior College before attending Logan College of Chiropractic in St. Louis, Missouri. Once becoming a chiropractor, Mark moved back to Minnesota to start his career. He founded Reeve Chiropractic Clinic in 1979 and was still serving his patients four decades later. 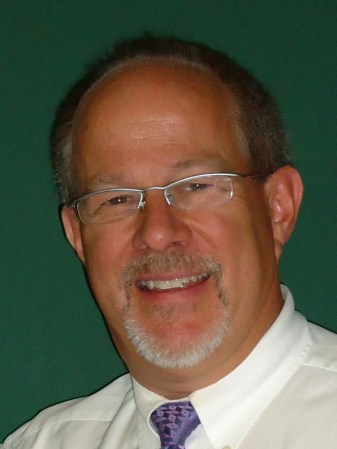 Mark loved life. He was a man of many interests and talents who was known for his gregarious personality, tremendous generosity, and unforgettable laugh. He had a mischievous spirit and great sense of humor. He loved to joke around and bring people together to celebrate.

Mark was an extremely loving son, husband, friend, father, and grandfather. He was madly in love with his wife, Cathie. They were married April 25, 1992. Her happiness was his greatest joy and highest priority. It’s impossible to summarize what he meant to his family and what his family meant to him. He was an intense supporter and avid fan of his kids and grandkids and all of their interests. He cheered at games, helped with homework, taught the grandkids to swim, wore costumes to liven up the party, hosted huge holiday gatherings with Cathie, and was always there to lend a hand.

Adventure was always part of Mark’s life. He loved the water and the outdoors. Growing up, he spent summers camping and hiking all over the region with his family and friends, and he guided canoe trips in the Boundary Waters. Mark became an avid skier, boater, traveler, and Viking’s fan. He took great pleasure in navigating new places and sharing experiences. He was interested in history, art, culture, and all things nautical. He spent much of his life boating on the Mississippi River with family. His boat, the Weekend Adjustment, was a very special place where many good times were had. Mark loved Lake City and his community there. He was a lifelong boy scout who loved nature, gadgets, tinkering, and teaching people what he knew.

Dr. Reeve took great pride in his chiropractic practice and was extremely dedicated to his patients. He was never too busy to chat a while longer and make sure people were taken care of.

In 2004, he received the Minnesota Chiropractic Association’s (MCA) Distinguished Service Award for 25 years of outstanding service and dedication to the chiropractic profession. And the following year, he was named 2005 Chiropractor of the Year by the MCA. The award is given for “the outstanding and unselfish contribution of time, effort, and dedication to programs, projects, and issues” of the chiropractic profession in Minnesota.

It’s difficult to know where to put grief and how to cope when someone you love leaves the earth too soon. To honor Mark and his legacy and memory — extend kindness, smile big, laugh fully, and pour yourself another cocktail.

The family will have a private celebration of life at Clasen-Jordan Mortuary on Saturday, June 6th. Mark touched so many lives and we understand that people want to say goodbye and grieve together. Due to circumstances out of our control, we are unable to bring such a large group together. We have been overwhelmed by the outpouring of love, support, and generosity from friends and family.

WASHINGTON — A phalanx of law enforcement officers and soldiers is positioned on the streets of the nation’s capital to... read more