It has been announced that through a virtual vote, the Austin Area Foundation board approved the hiring of Steve Barrett to lead efforts at the community foundation.

Barrett will be the second hired executive director, replacing Jeff Baldus, who was hired to help grow the foundation in 2014.

“The Austin Area Foundation board is pleased to welcome Steve and believe his experience and connection with the community make him an outstanding and well-qualified choice to help this foundation grow,” said Mike Ruzek, founder of the AAF and acting executive director, in a press release. “We also want to thank and recognize Jeff Baldus who has been an outstanding and dedicated executive director.  His efforts have AAF in a great position to continue to expand to serve the people in this community, by the people who love it.” 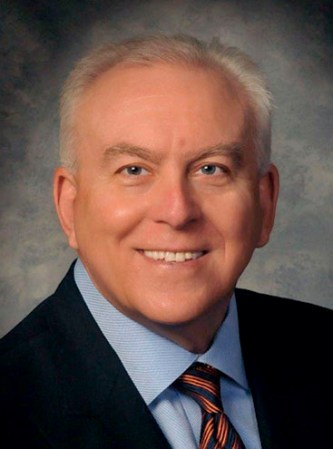 Under Baldus’ leadership the foundation grew in assets under management, donor advised funds and agency funds.

Baldus also launched what is planned to become an annual Feb. 14 event “For The Love of Austin.”  The initial event captured thousands in new donations and attendees said they had a greater understanding of how Austin Area Foundation serves the community.  Baldus will work with Barrett throughout a transition period.

Barrett grew up in Austin and attended Austin Public Schools. His mother taught at Austin High School for 25 years and was head of the Foreign Language Department.

He began his professional career with Merrill Lynch in Tulsa and was also a broker with Dean Witter Reynolds. He then transitioned into the executive search profession, ultimately founding his own search firm specializing in the recruitment of attorneys. Barrett served two terms on the board of directors of the National Association of Legal Search Consultants.

In 1997, Barrett brought together his professional side and his passion for golf to establish the forerunner of what became Barrett Golf Resources, an advisory and consulting firm specializing in the staging of charity golf tournaments.

Over the years, he helped his clients raise nearly $3 million for their causes.

Barrett has served on the boards of the Oklahoma Sinfonia and Chorale, Actors’ Theatre of Tulsa, and Opera Columbus. He also served on the board of directors of the Indiana Children’s Wish Fund and is a member of the National Association of Golf Tournament Directors. In 2015, Barrett served as the chair of the Packer Classic benefiting the Austin Public Education Foundation.

In October of 2019, Barrett returned to Austin.

Barrett said that his time with the Austin Area Foundation is a perfect fit for his fundraising and leadership skills.

“The Austin area has an incredibly generous history of giving to enhance our way of life,” Barrett said. “I look forward to the challenge of finding new resources to support the mission of the Austin Area Foundation.”

APS board approves operation levy referendum for this year’s election

It’s going to be a busy election year for the Austin Public School District. During its monthly meeting on Monday,... read more