April Amanda Hinze, also known as April Amanda Mallan and April Amanda Wytaske, 40, of Austin was sentenced on Thursday in Mower County District Court to 60 months in the Minnesota Correctional Facility in Shakopee for felony violent felon in possession of a firearm. She received credit for 116 days served.

She received a concurrent sentence of 22 months in prison for felony failure to appear on felony charges. She received credit for 76 days served. 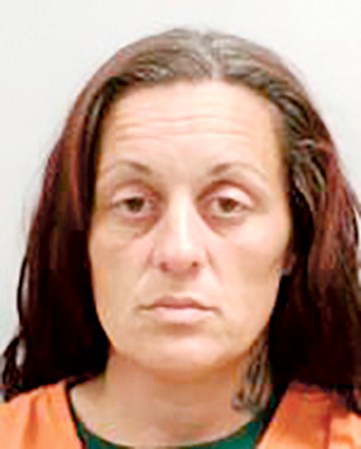 Charges of felony violent felon in possession of firearm ammunition, gross misdemeanor no proof of insurance – two or more priors, misdemeanor driving after cancellation and petty misdemeanor possession of drug paraphernalia were dismissed as part of a plea agreement reached on Feb. 27.

Court documents state Hinze was arrested during a May 28, 2017, traffic stop in Mower County after law enforcement learned she had arrest warrants in Olmsted and Freeborn Counties. A loaded .25 caliber pistol was located in her vehicle. Because of prior felony drug convictions, Hinze is ineligible to possess a firearm.

Hinze was later released from the Mower County Jail with the knowledge that failure to show up to future court hearings would result in a separate felony charge. A warrant was issued for Hinze’s arrest after she failed to appear at an Oct. 13, 2017, hearing. Hinze was arrested in California and returned to Minnesota on Feb. 19, 2020.

A review of Hinze’s criminal record shows prior convictions for theft, aiding and abetting felony theft, issuing dishonored checks, possession of burglary tools, storing methamphetamine paraphernalia in the presence of a child or vulnerable adult, and drug possession.

Applications for the Austin Community Scholarship are now available. The application deadline for scholarships is June 30, 2020. Applications, instructions... read more