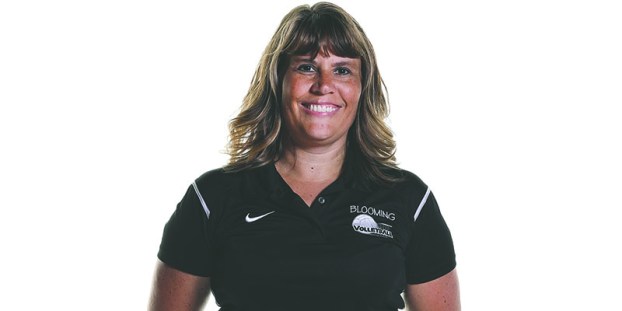 Jennifer Wayne will be the next Blooming Prairie volleyball coach. Photo courtesy of Tammy Wolf

BLOOMING PRAIRIE — Jennifer Wayne wasn’t necessarily planning on coaching the Blooming Prairie volleyball team, but that’s exactly what she’s doing now after accepting the position to be head coach of the Awesome Blossoms.

Wayne, who began her coaching career when her daughter Abby was a fifth grader, has spent the last eight seasons as BP’s freshman and assistant varsity and JV coach.

“When Abby was in fifth grade, they were looking for volunteers and I’m pretty sure I was one of the only parents with any volleyball experience,” Wayne said. “Back then, it wasn’t really my plan to still be coaching now.”

“With the success those teams had, it was because they were pretty close knit,” Wayne said. “I want the girls to really own their spots, even if their spot is on the bench or if they’re just going in to serve. I want them to be a close team.”

Wayne coached much of BP’s roster when they were freshmen and she likes the team that she has. The Blossoms finished 12-13 overall last season.

Wayne played volleyball for Minnesota Lake until her junior year, when the school closed and she attended Blue Earth her senior year. She’s been passionate about volleyball throughout her life and she’s picked up a lot of knowledge from former BP head coaches Gina Hendrickson and Ranell Kittelson along with long-time assistant coach Mary Worke.

“I started by helping out with Gina and to this day I still use the book of drills that she gave me,” Wayne said. “I’ve learned a ton from Gina, Mary Worke and Ranell.”

Taking over a varsity program can be an intimidating task for any head coach, but Wayne is taking over at a very tough time with the COVID-19 pandemic limiting everything. She isn’t allowed to work out with more than nine players at a time, and the equipment the team can use is very limited.

Wayne is hoping things can be much closer to normal when the season begins in late August.

“I’m hoping that we have a season. I’m nervous and I’m excited at the same time,” Wayne said. “The next couple of months will be interesting to say the least.”