A St. Paul man suspected of playing a role in a 2018 burglary at the Hiawatha Bar in Austin made his first appearance in Mower County District Court on Friday. 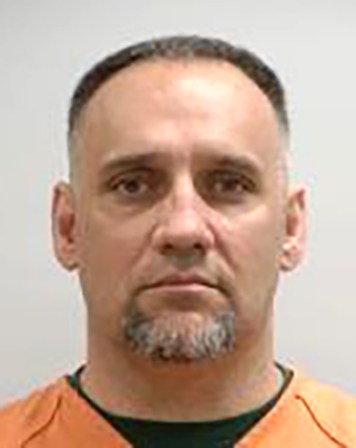 Court documents state an adult female flagged down a police officer at about 4:04 a.m. on July 22, 2018, and reported she saw the back door of the Hiawatha Bar open and two male subjects walking around the area. The officer observed the west door of the Hiawatha Bar was open. Another officer arrived and both officers cleared the building to assure no suspects were inside. While clearing the building, officers triggered the security motion alarms, and shortly thereafter a keyholder arrived on scene. While securing the building, officers noticed blue bank style money bags sitting in the back kitchen room of the bar. The bags looked as though someone had searched through them.

The keyholder stated that the normal closing procedure for the bar was to take all money out of the cash register and pull tab areas and put them into the top safe of two different safes that were located in the northeast corner of the bar. They then locked up all doors, armed the security system, and left for the night. Upon first walk through of the bar, he pointed out that the top safe was missing and the blue bank style bags that were found in the kitchen area were from the bottom safe.

He then called the last bartender working that night and had her come to the scene. She told police she began work at 5 p.m. like normal and did not notice anything out of the ordinary and did not think that she saw anyone hanging around the area when she finally left between 1:40 and 2 a.m. She said an adult male came to clean the bar as usual. Before she left, she took the money from the register, a wooden drawer, and the pull tab cash from their designated areas and placed them in separate bank style zipper bags and put them in the safe for the night. When she left, she thought she might have forgotten to lock the top safe with all of the money in it, so she called the cleaner to confirm that she did lock the safe. He confirmed to her that the safe was locked and secured for the night.

She stated that the missing safe contained approximately $695 in cash from that night, $1,000 in cash from other nights, and $2,806 in pull tab money, which were all in separate zippered bank bags. She left the bar while the cleaner was still inside cleaning and said she locked the door to make sure no other people came into the bar before she left for the night.

An officer spoke to the cleaner, who stated that he locked up the bar around 2:15 to 2:20 a.m. He checked both the north and south rear doors prior to going to the front, set the alarm, and then exited through the front door on 10th Street Northeast.

An officer took a statement from the initial reporting party and asked if she could describe the two suspects she had observed leaving the Hiawatha Bar. She described one suspect as a heavy set guy wearing shorts and a blue and white striped t-shirt. The other suspect was white, skinny, taller than the other suspect, and wearing a baseball cap, dark pants, and a flannel shirt with stripes.

Police retrieved security footage from neighboring Bobee Jo’s Bar, which showed two males: the first male was wearing camouflage pants, a black jacket, a striped shirt, and a green/white baseball cap and the second male was wearing a white shirt and white baseball cap. Both males walked through and around Bobee Jo’s, as if “casing” the bar. The first male went into a room marked “Private” for a couple of minutes before exiting again. Throughout the night, both males continued to walk around both bars as if studying them. Police also noticed the first male was on his phone for a long time. It did not appear as though either of the male suspects ever purchased a drink. Toward the end of the night, the first male entered the Hiawatha Bar through the front door.

Police observed the first male return after both bars had closed. He then attempted to open the front door of the Hiawatha Bar while talking on his phone. He then went to the back of the bar, touched the back door for a few seconds and then walked away. A short time later, a silver SUV pulled into the back parking lot and an unknown suspect entered through the back kitchen door of the Hiawatha Bar. A few minutes later, the unknown suspect exited and then re-entered with a second suspect. Both suspects then exited a few seconds later carrying a safe. Both suspects only used the kitchen door and then left the scene in the silver SUV with the safe.

Police showed the bartender a picture of the first male and she recalled serving him a soft drink near the end of the night. She noted that he sat at the bar on the side closest to where the safe was located.

Later in the day, the missing Hiawatha Bar safe was located in a ditch off 730th Avenue near Taopi. A Mower County deputy recovered the safe and observed that it had been pried open. Checks from the Hiawatha Bar were scattered in the ditch and two pry bars were also found with the safe.

On July 24, 2018, an officer was dispatched to the Hiawatha Bar to speak with the individual in charge of gambling at the bar. She reported there had been approximately $2,255 in pull tab cash and $2,812.13 in tab cash in the safe that was taken from the Hiawatha Bar during the burglary.

A Dubuque County deputy was able to trace the suspect vehicle back to a female living in the Pine City area. He interviewed her and she identified Krieger as the suspect. An Austin detective compared a photograph from Bobby Jo’s video surveillance of the suspect and it matched the defendant’s photograph on his State of Minnesota driver’s license.

A Dubuque County investigator reported that Krieger had used the same vehicle in a burglary in Dubuque County, a charge to which he pleaded guilty.

A review of Krieger’s criminal record shows multiple convictions for theft and burglary.

Krieger will appear in court again on May 21.