Richard Goehtz, 90, of Northfield, Minnesota, passed away on Tuesday, April 28, 2020, with his wife and family by his side at Mayo Clinic Hospital, St. Marys Campus-Rochester. 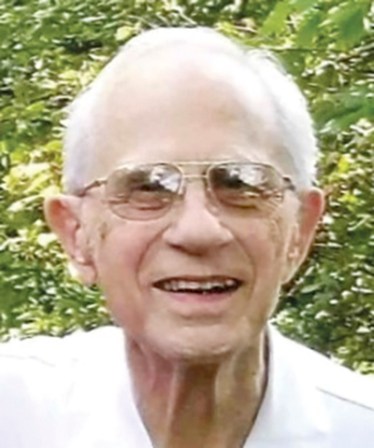 Richard Gilbert Goehtz was born July 7, 1929, in Austin, Minnesota, to William and Esther (Baumgartner) Goehtz. He was raised in Austin Acres, attended country school and graduated from Austin High School in 1947. He served in the U.S. Army during the Korean Conflict and, following his honorable discharge, moved to Minneapolis, Minnesota.

On Sept. 30, 1956, Richard married Lois Spaag at Frontenac Methodist Church in Frontenac, Minnesota. After marriage, they lived in Minneapolis and Richard worked at Schuler Shoes while attending Northwestern Chiropractic School. After graduation, Richard and Lois moved to Northfield, where Richard owned and operated Goehtz Chiropractic on the corner of Second and Division Street. After retiring in 1995, Richard and Lois spent time traveling in their motorhome.

Richard was a member of St. Peter’s Lutheran Church, investment club, Northfield Golf Club and FiftyNorth. He enjoyed playing cards at FiftyNorth, going to the Quarterback Club for breakfast before work, playing pool at Tiny’s on his coffee break, and he loved to golf, accomplishing three holes-in-one. He was easy going, funny and had a good sense of humor.

Survivors include his wife of 63 years, Lois; his daughters, Karen Schafer of Faribault, Minnesota, Kathy (Joe) Riley of Rushford, Minnesota, and Karla Shanahan of St. Charles, Minnesota; seven grandchildren, Ryan (Nicki) Goehtz, Brandon Chambers, Jen (Joe) Prior, Carolyn, Megan, William and Sam Shanahan; three great-grandchildren, Rayna, Brody and Gunnar (on the way); and other relatives and friends. He was preceded in death by his parents; and his sister, Virgene.

Funeral services will be private. Interment will be in Oaklawn Cemetery in Northfield. Pallbearers will be his grandchildren. A gathering to celebrate Richard’s life will be held at a later date. Memorials are preferred to FiftyNorth, 1561 Jefferson Parkway, Northfield, MN 55057. Arrangements are with the Benson & Langehough Funeral Home. Condolences may be left online at www.northfieldfuneral.com.

Jenna Grabeau is giving it her best shot when it comes to making sure that children do not lose their... read more