Man charged after allegedly striking bicyclist with a motor vehicle

According to the court complaint, police responded to a call of a motor vehicle hitting a bicyclist at about 8:20 p.m. on May 4 in the 700 block of 10th Street Northeast. Police made contact with a woman and a man, who was the alleged victim. The woman said that “Warren” (later determined to be Bruton) had intentionally struck the man with his vehicle while the man was riding his bike. She said Bruton arrived at her residence and did not like that the alleged victim was there because of a prior domestic situation between her and the man. 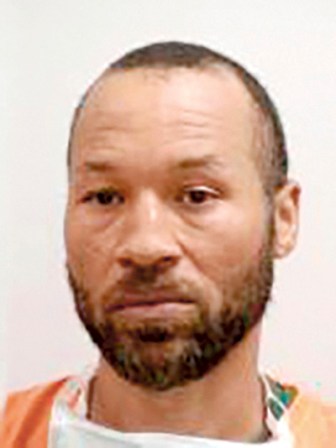 She told police Bruton began arguing with the man, who then left the residence on his bicycle. She said Bruton then reversed his vehicle (a 1999 GMC Suburban) “extremely fast,” drove south and turned quickly into an alleyway, striking the man and sending him “flying” off his bicycle. She then said she confronted Bruton, who had stopped and was yelling at the man. She said Bruton told her the man was not supposed to be at the residence and she should “get a better boyfriend.”

An officer spoke to the man, who appeared to be under the influence of drugs. He said Bruton wanted to fight him, so he left the residence because Bruton was bigger than him. He said Bruton then struck him with the vehicle as he was riding away.

Police observed injuries to the man’s right elbow and right knee. They also observed damage to the white bicycle, including bent handlebars, a scuffed rear tire and the chain off the cogset.

The woman told police that Bruton said he would assault the man if he saw him and gave an approximate location of where he resided.

Police located the GMC Suburban at about 8:50 p.m. at Bruton’s residence in the 1800 block of East Oakland Avenue. They noticed the vehicle’s hood was warm to the touch and there were scuff marks and white paint transfer on the bumper.

An officer made contact with Bruton, who denied knowing the alleged victim or striking anyone with his vehicle. He also said he had been at his residence since earlier that day and had not driven the vehicle for several hours. Bruton was then arrested and transported to Mower County Jail.

Letter: God sees what you do