James Eugene Strouf, age 73, of Austin, MN. died Tuesday, May 19, 2020, in Austin, following a battle with cholangiocarcinoma. He donated his body to medical research, after which half his ashes will be scattered in his garden, and the other half interred at Rose Creek Enterprise Cemetery, south of Austin, MN. 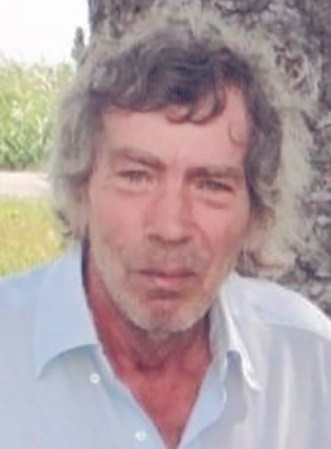 James, born August 30, 1946 in Albert Lea, MN, grew up on a small farm near Austin that his parents purchased when he was just three. For his first five years of grade school, Jim spent his time in the old Woodland Country one-room schoolhouse northwest of Austin. When it was closed, he was (unhappily) bused into the Austin city schools, where he continued through High School and Community College. Eventually graduating from the Univ. of Wisconsin–Eau Claire. Jim worked at various jobs in Minnesota, Nebraska, and Wisconsin. In 1999, he finally moved back to

Austin where he spent the remainder of his life living along the Cedar River, enjoying Mother Nature, and tending his organic garden. During part of those years, he also operated the Music Mutiny internet radio station.

For much of his life, Jim was a genealogical researcher and member of the Wisconsin State Genealogical Society. In 1987, he became the first person to ever record the Strouf family history in America, when he wrote the book, “The Descendants of Jan Strouf, 1854-1987”.

Jim never allowed his life to become dull. He was an avid reader and had so many hobbies and interests that he couldn’t keep up with all of them. He began collecting stamps when he was in elementary school and continued collecting things, such as comic books, vinyl records, old magazines, postcards, and Golden Age television DVDs for his entire life. Among more physical activities, Jim enjoyed motorcycling, camping, and fishing when younger, and canoeing, nature hiking, gardening, and cooking when older. Yet his happiest pastime of all was growing old with his best pal, his Maine Coon cat, “Miss Kitty”.

James is survived by his wife, Mary Strouf, of Austin, two sons, Adrian Strouf of Austin, and Damon Strouf of McFarland, WI, two daughters, Kristin Saurborn of Westminster, MD, and Vanessa Benson of Austin, plus grandchildren, cousins, and about a hundred Facebook friends.

He was preceded in death by his parents, L.J. Strouf and Bonnie Day Strouf, all his uncles and aunts, his mentor, Riley Lott, his special cousin, Dawn Day Scott, his first wife, Sonja Petersen, and his beloved cat, Miss Kitty.

Jim’s quote about life and death: “My mind is too active to ever die. I’m just moving on to another realm in another reality.”