Elizabeth “Betty” Margaret Steinbrink, 90, of Austin, Minnesota, died Friday, May 1, 2020, with her family by her side at home. 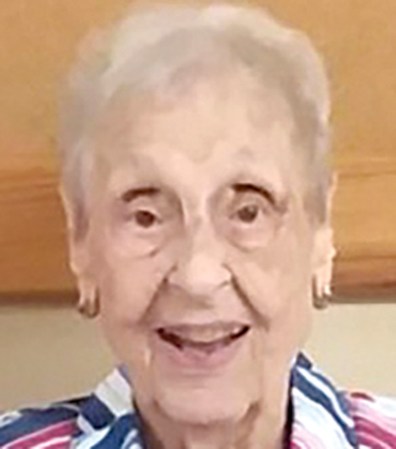 Elizabeth was born Aug. 12, 1929, in Austin to Arthur and Christina (King) Stephoni. She grew up in the Adams-Taopi, Minnesota, area and graduated from Sacred Heart Catholic School in Adams in 1947.

On Aug. 25, 1948, she was united in marriage to Lloyd Francis Steinbrink at Sacred Heart Catholic Church in Adams. The couple lived in Austin until 1957, and then moved to Lyle, Minnesota, where they lived until 1980, at which time they moved back to Austin for the remainder of their lives.

Elizabeth was a member of St. Edward’s Catholic Church. She worked as a volunteer at the Philamathian Store. Faith was a very important part of her life. She most enjoyed being with her family and grandkids. Her hobbies were golf, bowling, the many trips they took and her church activities.

Elizabeth was a loving devoted wife, mother, grandmother, great-grandma, and great-great-grandmother. She will surely be missed by all, as will all the hugs she gave to everyone.

A private family graveside service will be held at Calvary Cemetery. Please forward any cards to Mayer Funeral Home. Memorials are preferred to the Calvary Cemetery. Condolences may be left online at www.mayerfh.com.

In March, Mayo Clinic Health System locations in Minnesota deferred all elective care in response to the COVID-19 pandemic. At... read more