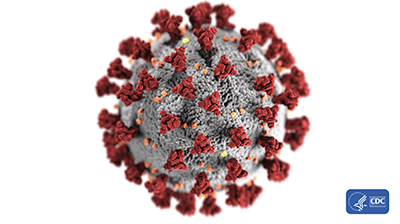 Gov. Tim Walz offered a glimmer of hope Tuesday on the arc of COVID-19 cases even as he urged Minnesotans to continue keeping their public distance to check the disease’s spread and signaled he’ll extend his stay-at-home order, with some tweaks, beyond Friday.

“What we’re doing is working,” Walz told reporters, adding that Minnesota has a “chance to avoid the worst” of what’s happened in other parts of the United States. Still, he emphasized that state leaders continue to prep for a surge of hospitalizations and cautioned against a false sense of security.

Without providing details, he said his updated stay-at-home order, expected to be posted Wednesday, will “continue to do a lot of the things we’re doing, but I think our plan will be much more refined. I think that’s what a lot of Minnesotans are asking for.”

Walz’s comments came hours after the state Health Department reported deaths linked to COVID-19 in Minnesota rose to 34, up four from Monday, with 64 people now in intensive care. The total number of cases jumped to 1,069, up 83 from Monday.

It was the largest single-day jump in Minnesota cases since the first case was confirmed just a month ago. In the past week, the number of intensive care patients has more than doubled while the count of dead has nearly tripled.

State officials have identified more than two dozen sites that could become makeshift hospitals and accommodate about 2,700 beds, Joe Kelly, the state’s emergency management chief, said. He said he’s hoping to get some of those sites prepared soon.

Beyond the updates on cases and deaths, the Health Department Tuesday noted:

Among those who have died in Minnesota, ages run from 58 to 100. Of the four newly disclosed deaths, two were in Hennepin County with one each in Winona and Dakota counties.

More than one-third of COVID-19 cases are now considered to have originated from community spread, the greatest likely source of exposure to this point.

Martin County on the Minnesota-Iowa border continues to account for the largest number of cases outside of the Twin Cities metro area and Rochester. The county has seen 34 cases and four deaths.