Justin’s official appointment as the third-generation president will commence on April 6. Current second-generation President, Maynard Akkerman will continue as CEO and Chairman of the Board. 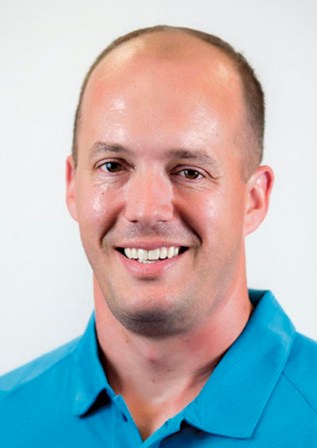 Justin has always been immersed in the family business and has traveled to many project sites and tradeshows with his father in his childhood and adult life. After college, Justin’s formal career began with CNA Consulting Engineers of Minneapolis as a staff engineer, project designer, and on-site field engineer for underground tunneling and rehabilitation utility construction projects in the Twin Cities.

In 2014, Justin entered the family business, where he assumed the role of operations manager. He has been responsible for the corporate administration, providing direction for the management team, and managing the production and inventory control departments. Under his leadership, Akkerman, Inc. launched its ISO 9001:2015 quality management system, acquired several state-of-the-art machining centers resulting in production efficiencies, and formalized the business’s key objectives.

“Oversight of the manufacturing side of the business was instrumental in gaining a solid understanding of the daily operations,” Justin said.

In the last six years, Justin has incrementally taken on additional corporate duties, preparing him for his new appointment.

Sometimes, this meant driving 10-hours each way to deliver parts to a project site on a weekend because a common carrier was not available. At other times, it has involved organizing an impromptu picnic for some much-needed employee fellowship to celebrate the completion of a big order.

“I am humbled to take the helm of the legacy built by my grandfather and father,” Justin said. “Because of our employees’ dedication to our core values and mission, and the certainty in the quality of our equipment and loyalty of our valued customers, I feel confident in taking Akkerman, Inc. into the future with conviction for a trajectory of continued growth and success.”

Justin received his formal education from the University of Minnesota Twin Cities in Minneapolis, earning a Bachelors Degree in civil engineering in 2006 and his Professional Engineer licensure in the State of Minnesota in 2012. Justin, his wife Heidi, and their two children, Grant and Stella, reside in Austin.

By Daniel Mueller For the Austin Daily Herald With closures to schools, nursing homes and orders for people to stay... read more