Rose A. Ring, 71, of Austin, Minnesota, passed away peacefully with family members by her side on Saturday, April 18, 2020, at Parkview Care Center in Wells, Minnesota. 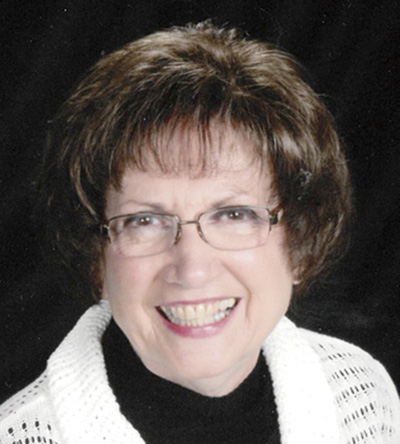 Rose Ann Espe was born on Oct. 3, 1948, in Austin to Raymond and Dorothy (Allen) Espe. She grew up in Austin and graduated from Austin High School in 1966. She then went on to graduate from Austin Community College. On Aug. 1, 1980, Rose was united in marriage to David Ring in Austin. The couple lived in Mason City, Iowa, for over 20 years.

Rose was one of the kindest, most compassionate, people that walked this earth. She cared deeply for her son, Dan, and cherished every moment spent together. As an example, in 2009, Rose and her son planned a trip to go to Disney World for the first time. While she had a good time there, her true happiness occurred watching her son smile and burst in joy as they rode the various attractions together. She truly loved making others happy, and made the world a better place to live in because of it.

Rose was heavily involved in the school district in Mason City. Not only did she work at Harding Elementary while her son attended school there, she also worked at the Administration Office while Dan was in middle and high school. She made many lifelong friends there and continued traveling to Mason City several times a year to drink some coffee and catch up with those so dear to her.

A very special person came into her life three years ago; Macy Ring, her first and only granddaughter, was the love of her life. She cherished coming down to see her, pushing her on a swing, or watching her eyes light up when she had a present for her. Rose’s one regret on a very full life likely was that she couldn’t watch Macy get older.

Rose deeply loved spending time with her sisters and relatives. Rose and David moved back to Austin in 2008 to be closer to her mother. She enjoyed conversations with her mom and sisters, Sandra, Bonnie and LaDonna, over coffee and pastries. They would sit around the dinner table for hours talking and laughing about their favorite memories and what was happening in their lives.

A special message of love from her son, Dan was sent to her as she was battling the disease: “There are so many other things you have done to improve my life, I could go on and on. You have been involved in all of my fondest and favorite memories. You are the most selfless person I have ever known or met. You may not feel your impact, but you have touched all our lives greatly.” Although Rose’s time on this earth was much shorter than it should have been, she made every moment count and will be looking down from heaven with a big smile on her face.

Those left to cherish Rose’s memory are her husband, David Ring of Austin; son, Dan (Jill) Ring of Grimes, Iowa; one granddaughter, Macy Ring; and three sisters, LaDonna (Alan) Sisler of Owatonna, Minnesota, Bonnie (Greg) Gerber of Austin and Sandy (Larry) Krupicka of Austin. She was preceded in death by her parents, Raymond and Dorothy Espe.

A memorial service to celebrate Rose’s life will be held at a later date. Memorials are preferred to the family. Worlein Funeral Home of Austin is assisting the family with arrangements. Condolences may be expressed to the family online at www.worlein.com.