Leonard Demetrius Moss, 33, of Rochester was charged with felony second-degree drugs – possess 25 grams or more of cocaine or methamphetamine – on Monday in Mower County District Court.

According to the court complaint, a Mower County Deputy was notified early Friday morning that a 2005 Dodge Durango had nearly sideswiped another vehicle and was crossing the fog line and center line on westbound Interstate 90. The deputy spotted the vehicle near mile marker 187 and initiated a traffic stop after observing it cross the fog line and center line. He also noticed the tail light was not working and that the front seat passenger was making furtive movements as the vehicle came to a stop. 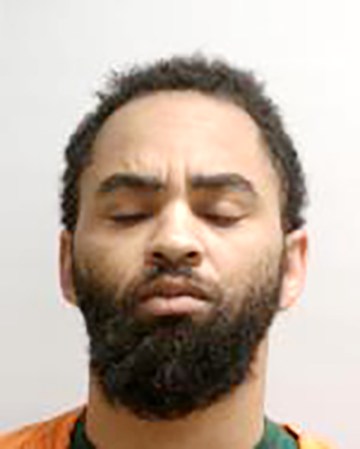 A deputy informed Young as to the reason of the stop; Young denied driving poorly. The deputy noticed Young’s pupils were dilated and that he had watery eyes, droopy eyelids, slurred speech and smelled of marijuana. After Young performed five field sobriety tests, three of which he failed, the deputy asked about the marijuana smell. Young told the deputy the passengers had been smoking marijuana and gave consent to search his vehicle.

Another deputy arrived on scene and stood at the rear of the vehicle with the three occupants while the other two deputies searched the vehicle.  A small amount of marijuana was located in a cigarette pack in the rear door handle on the driver’s side while about 30 grams of cocaine were located in Moss’s backpack.

When asked about the items found in the vehicle, Young denied knowing about the contents of Moss’s backpack or about the drugs in the Dodge.

Moss told the deputy he had about 10 grams of marijuana and some erection pills in his backpack, but denied having anything else. When asked about the cocaine, he denied ownership and indicated it might belong to Pendelton.

Moss was placed under arrest for the alleged cocaine possession and Young was arrested for allegedly driving while impaired. Pendelton was also taken into custody on an arrest warrant.

A review of Moss’s criminal record shows prior convictions for drug sales.

Moss will appear in court again on April 27.

—Deandre Darnell Bradley, 32, of Austin was sentenced to 26 months in prison for felony domestic assault. He must pay... read more