An Austin man arrested after a report of a fight made his first appearance on Monday in Mower County District Court. 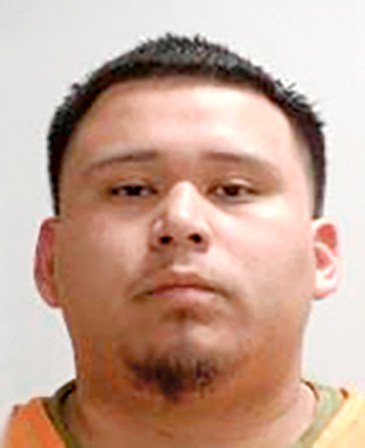 According to the court complaint, police were dispatched at about 8:55 p.m. on Friday on a report of individuals fighting in the 800 block of 13th Avenue Southeast. While responding, police were advised that some of the individuals involved had left the residence in a silver Ford Focus. While driving north on 10th Drive Southeast, an officer spotted a silver 2008 Ford Focus heading south from where the fight occurred. The officer caught up to the vehicle at the intersection of Highway 218 and County Road 28 and initiated an investigative traffic stop. When asked about the fight, Coreas, who was driving the vehicle, and a juvenile male passenger told the officer they saw other people fighting, but were not involved.

Dispatch advised the officer that Coreas’s license status was “revoked.” A deputy arrived on the scene and observed a .22 caliber pistol magazine on the floor behind the front passenger seat.

Coreas and the juvenile were told to step out of the vehicle. The juvenile was pat searched and the deputy found 17.8 grams of marijuana and a scale.

The officer opened the driver’s door and located a bag containing 104 grams of marijuana on the floor in front of the driver’s seat. A .22 caliber pistol was located under the front passenger’s seat and 19 rounds of .45 caliber pistol ammunition were found in the vehicle.

The juvenile told police he was unaware a firearm was in the car and that he was “scared” because he had marijuana on his person.

The juvenile was released to an adult and Coreas was transported to the Mower County Jail, where he declined to make a statement on the incident.

A review of Coreas’s criminal history shows a juvenile conviction for burglary. He is currently awaiting trial on two other charges of violent felon in possession of a firearm.

Coreas will appear in court again on April 27.