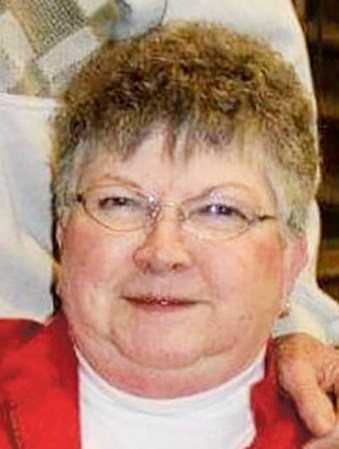 Judy was born on Aug. 11, 1941, in Austin to Henry and Genevieve (Mathias) Medgaarden. Judy went to a country school north of Austin for eight years and graduated from Pacelli High School in 1958. She started working at Hormel at age 16. Judy worked at Hormel for 46 years and retired in 2004. In 1960, she married Roger Budd at St. Augustine’s Catholic Church and from this union had two sons. They later divorced. She married David Laskewitz in 1968. Judy had two sons, Kenneth and Randy. David had a son, Rodney, and a daughter, Renee. Judy went to Auction School in Mason City, Iowa, in 1980 and was an auctioneer for 30 years, doing household and estate auctions. She started her antique career at a historic home in Austin called Kingsley House. She was a very knowledgeable antique dealer and set up many estate sales in the area. She did many appraisals for people in the area. She and husband David ran the “Old Tyme Antique” shop at their farm. They enjoyed spending time at Pottery Place and Antiques in Red Wing, Minnesota. They also enjoyed spending weekends at their camper in the campsite by Elba, Minnesota, where she spent time with family and friends. Judy was a member of the Austin Christian Women’s Group and the Mower County Historical Society, where she served on the board and as secretary for a few years. She enjoyed playing cards with her monthly card club girls. Most recently, she ran “Judy’s Shuttle,” a monthly bus trip to Treasure Island Casino.

Services are prearranged and pending with Worlein Funeral Home of Austin. Condolences may be expressed to the family online at www.worlein.com.