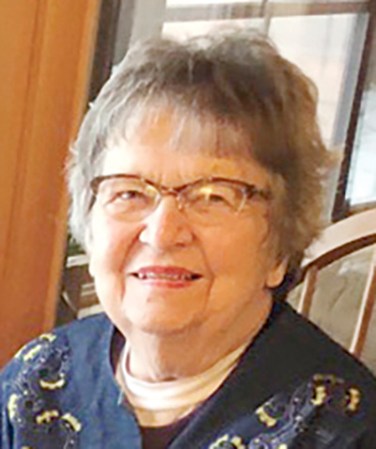 Dorothy Jean Baldner was born Dec. 14, 1925, in Austin, Minnesota, to Roy and Clara (King) Baldner. She attended Shaw School and graduated from Austin High School in 1944. A highlight for Dorothy and her family was that she was elected homecoming queen in her senior year of high school. Following high school, she worked in Washington, D.C. in the Navy Department for one year during World War II. She then returned to Austin and worked at Hormel in the Night Invoice Department, where she met James E. Swenson. On Feb. 8, 1947, they were married at St. John’s Lutheran Church in Austin. They were blessed with three children: Jeff, Jerry and Kathy. Dorothy enjoyed her role as wife, mother, and homemaker and she loved her garden. Dorothy was a volunteer for the Red Cross for 30 years as a hospital Grey Lady, was active in the Holy Cross Lutheran Church activities, Cub Scouts, Brownies, March of Dimes, and developed a true passion for the game of golf. In 1971, she made a hole in one at the Austin Country Club, a highlight of her golf experience.

Over Dorothy’s 94 years, she was always very positive, well liked by friends and neighbors, and loved by her family. She will be dearly missed by many.

A celebration of Dorothy’s life will be scheduled at a later date when we can all gather together. Brenny Family Funeral Chapel is assisting with arrangements. Condolences can be made online at www.brenny.com.