Curt was born April 12, 1945, in Austin, Minnesota, to Merle and Myrtle (Johanson) Hatle. He was baptized and confirmed at Marshall Lutheran Church in Adams, Minnesota. He attended school in Adams, graduating from Adams High School in 1963. After graduation, Curt worked at the Chrysler plant in Belvidere, Illinois, until 1966. 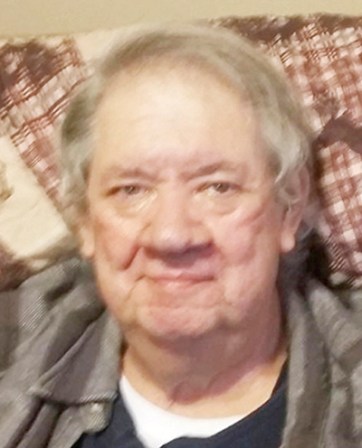 On July 30, 1966, Curt married Barbara M. VanCampen at Our Savior’s Lutheran Church in Austin. Curt then served in the U.S. Army as a medic and was stationed in Dexheim, Germany, during the Vietnam War. After serving in the military, Curt returned to southern Minnesota, where he farmed and worked at Hormel in Austin. In May of 1980 Curt, Barbara, and his three children (Toni, Eric, and Curt Jr.) moved to Pelican Rapids, where they owned and operated Cross Point Resort on South Lake Lida until 1987. In 1983, Curt started a nearly 30-year career working at the Pelican Rapids Municipal Liquor Store as an assistant manager.

Accepting of everyone, Curt welcomed many into his home, where he loved to visit at the kitchen table or play cribbage. He genuinely enjoyed the company of others and always had a story or joke to share. Curt enjoyed the outdoors and created many fond memories and traditions of hunting and fishing with friends and family. He loved to watch the Minnesota Vikings, Minnesota Twins and Minnesota Gophers. If his teams were not playing, you could find him singing karaoke at the VFW on Fridays, watching old westerns, or talking on the phone with his family and friends. Curt was truly innovative and was always creating items to make life easier, such as the “hands-free phone headband.”

Curt never forgot a birthday and was known for his singing birthday phone wishes, which many would allow to go to voicemail to be listened to over and over. Although Curt loved to tease and get a rise out of you with an off-color joke, he had a heart of gold and treasured his family and friends.

Due to the COVID-19 pandemic, a memorial service will be held later; however, we ask that you share your fondest memories of Curt with the family online.

Larson Funeral Home of Pelican Rapids is assisting the family with arrangements. Online memories and condolences may be shared at www.larsonfuneralpelicanrapids.com.