This obituary was written by Charles Wilson himself in 2019: 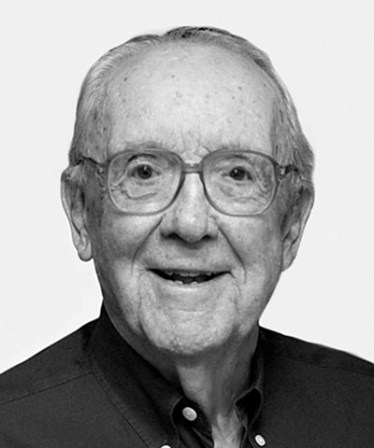 Charles “Chuck” Wilson was born on May 21, 1922, in San Antonio, Texas, the eldest son of George and Marjorie (Lewis) Wilson. The family moved to Austin, Minnesota, in 1924 when George bought a one-half interest in The Austin Bottling Works. Chuck attended Austin Public School, where he played on the tennis team in high school. He then attended the Colorado School of Mines, where he played varsity basketball for three years. After graduating with a degree in geological engineering, he worked for oil companies as a geologist in Mississippi, Western Wyoming and South-Central Texas.  In 1945, he joined the U.S. Army Air Corps, where he served under the base engineer of the Atsugi Air Base in Japan. In March 1947, Chuck married his high school sweetheart, Wanda Valentine, and joined his father and brother working in the Austin Coca-Cola Bottling Company. After their father’s death in 1956, Chuck and his brother Jim jointly took over operating the business. In 1957, they purchased the Rochester, Minnesota, Coca-Cola Bottling Company. Given Rochester’s population growth, the acquisition proved to be a very good move. Jim retired in 1982 and Chuck bought out his interest in the business. In 1986, Chuck and four other Coke bottlers bought the Pine City, Minnesota, and Rice Lake, Minnesota, Coca-Cola Bottling companies and joined their franchise areas to form the St. Croix, Minnesota, Coca-Cola Bottling Company. A number of years later, one of the partners bought out Chuck and the other three. In 1947, when Chuck joined the family Coca-Cola Company, there were about 1,200 independent Coca-Cola franchises in the country — mostly family-owned. When he sold his company in 2002, because of consolidations, there were only about 70 left. Chuck would tell people that he had one of the 70 biggest Coke bottlers in the country, and then he would confess that there were only 70. He always credited whatever success the business had — it was because of the really good people he employed. Many of them remained his good friends for years after the business was sold. Chuck was appointed by the Mower County Board to represent the county as one of the original five managers of the Turtle Creek Watershed District, where he was the treasurer for many years. He also served as president of the Chamber of Commerce, the Development of Austin Corporation and the Rotary Club. He was on the Board of Directors of The U.S. Bank Austin and the Board of Sterling State Bank. Chuck loved playing basketball and tennis. He played basketball in the City League and then at the YMCA until he was 68 and tennis for another 10 years. He won several city doubles titles, which he always said were because of his partner, Dr. Fred Albert. Chuck was given the lifetime achievement award by the Chamber of Commerce and the Distinguished Alumnus Award by the Austin High School Alumni Group. All in all, Chuck always felt he had a wonderful life, and he knew the smartest thing he ever did was to marry Wanda.

A memorial service and celebration of Chuck’s life will be held at a date to be announced. Interment will be at Calvary Cemetery in Austin. Arrangements are by Mayer Funeral Home. Condolences may be left online at www.mayerfh.com.

Trying and failing to fail

I’m really sorry guys. I tried. I honest to goodness tried. The mead experiment is going well. You may remember... read more