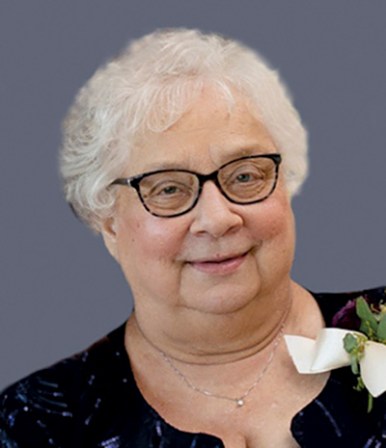 Cathie Jane Jensen, daughter of Lawrence and Margie Jensen, was born on March 13, 1950, in Owatonna, Minnesota. She graduated from Austin High School in 1968 and Austin State Junior College in 1970. She later returned to school to earn an RN degree from Austin Community College in 1984. She worked briefly at Saint Marys Hospital in Rochester before taking a job as a night charge nurse at Sacred Heart Care Center in Austin for many years.

Cathie and her husband, Sheldon Sayles, were high school sweethearts, meeting in the FFA beef exhibit area during the Mower County Fair in 1966. Sheldon noticed the “city girl” walking through the cattle barns and they were a couple ever since. They were married on June 13, 1970, at Our Savior’s Lutheran Church in Austin and were looking forward to celebrating their 50th wedding anniversary with a party this coming June. Cathie was a valued member of the Enterprise community of family and friends.

Sheldon and Cathie spent their second year of marriage in West Berlin, West Germany, where Sheldon was stationed with the U.S. Army. Their oldest son was born while they were there. After Sheldon’s discharge, they returned to their farm near Austin and their second son was born. Cathie was a dedicated grandma who loved to spend time with her grandchildren and attend their many activities. She looked forward to the annual Christmas cookie baking day she organized for them, as well as back to school shopping trips each year. She liked to sew and garden, was a member of Farm Bureau, the Friendly Neighbors, and the Porkettes, where she organized the queen contest, and the women’s program for the National Barrow Show. She also served as an Enterprise 4-H Club leader when her sons were members, was active with the Mower County Senior Advocate program, served on the board of St. Mark’s Lutheran Home, and volunteered for other community groups. Cathie was the chairperson of the AHS Class of 1968 class reunion committee, spending countless hours helping to plan their reunions. She greatly enjoyed her time spent with her classmates and friends. She loved dining out at local restaurants with Sheldon.

Private family services will be held. A public memorial service will take place at a later date. Interment will be at Rose Creek Enterprise Cemetery. In lieu of flowers, memorials in her honor may be sent to the Hormel Institute for cancer research.

Schools shutter buildings for the remainder of the year

On Thursday afternoon, Gov. Tim Walz announced that schools would remain shuttered for the remainder of the year, requiring districts... read more