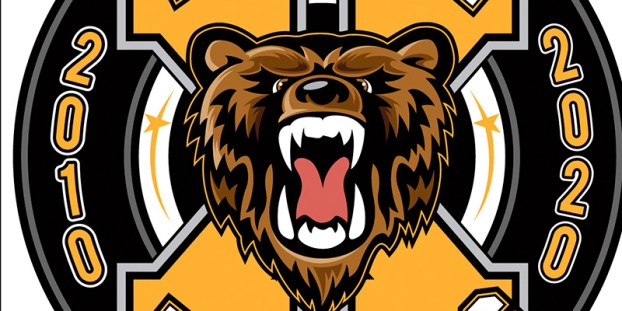 The Austin Bruins have announced that rookie forward Tiernan Shoudy has been named to the NAHL All-Rookie second Team and NAHL All-Central Division Team.

Shoudy, 18, made an immediate impact with the Bruins since taking the ice for his first game back in September. The Marysville, Michigan native was one of only three players to compete in all 51 of the Bruins games during the 2019-20 season.

Shoudy, a Michigan State commit, racked up 34 total points as he had 11 goals and 23 assists. Shoudy led all Bruins rookies in points while placing fourth overall on the team. Among the rest of the league, Shoudy tied for 13th in most points by a rookie and was the second-highest scoring rookie in the Central Division.

Shoudy was named to the NAHL Selects Blue Team at the Top Prospects Tournament in February where he scored a goal in two games played. Shoudy’s play this season also drew the attention of the USHL, earning him two separate call-ups to the Des Moines Buccaneers where he played three total games and registered an assist. 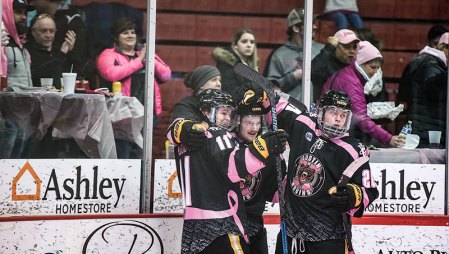 The Bruins celebrate a second period goal by Tiernan Shoudy (11) in front of the Bear’s Den Saturday night during Paint the Rink Pink at Riverside Arena. Herald File Photo