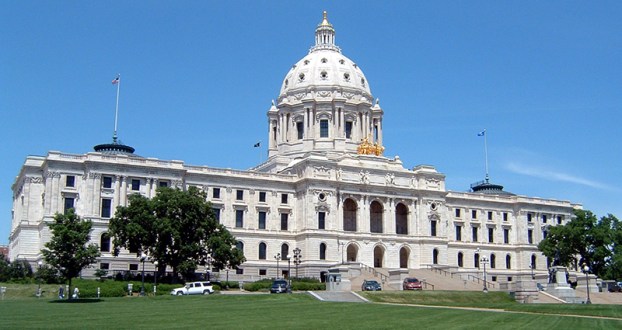 Minnesota lawmakers have advanced a new COVID-19 bill, which will now head to the governor. Photo provided

The bill also assures coronavirus testing and treatment for the uninsured, gives food shelves money to buy excess milk and food products, waives some Health Department regulations to speed the COVID-19 response and gives the courts more latitude to deal with disrupted cases.

It cleared the House on a 103-31 vote. That was greater opposition than three prior bills tied to COVID-19. The bill is on its way to Gov. Tim Walz after the Senate passed it on a 64-3 vote Tuesday afternoon.

In a morning press conference, House Speaker Melissa Hortman, DFL-Brooklyn Park, quoted a fellow lawmaker about the shift in tone in recent days. “Bipartisanship is on a ventilator,” she said.

Hortman expressed confidence in the strategy employed by DFL Gov. Tim Walz. That’s as more Republicans are pushing to ease restrictions on movement and commerce.

Hortman echoed Walz in saying that it depends on broader testing and health care system capacity.

Rep. Steve Drazkowski, R-Mazeppa, unsuccessfully sought to strip out part of the bill that grants the Department of Health more leeway from established regulations to address problems as they arise.

“Many Minnesotans are becoming weary of this emergency right now,” Drazkowski said. “This is a Legislature foisting yet one more big power to this government during this emergency to further tell Minnesotans what they can and cannot do.”

As of Tuesday, 79 deaths were attributed to coronavirus. Drazkowski said the damage to Minnesota’s economy must also be kept front of mind.

“In our efforts to save lives, we are killing livelihoods,” he said while presenting a motion later to undo Walz’s peacetime emergency authority.

That motion — as well as one by House Minority Leader Kurt Daudt to more gradually pull back on the governor’s restrictions — failed.

House Majority Leader Ryan Winkler, DFL-Golden Valley, said the measures would mark a retreat and serve to “snatch defeat from the jaws of victory” and to “quit fighting the disease.”

“I hope we do not reach the point where people do not believe this is serious until they find themselves lying on the ground choking in their own mucus,” he said.

Rep. Pat Garofalo, R-Farmington, voted against the latest COVID-19 bill for another reason: No funding source for it was identified in the same way other coronavirus bills have moved along without fiscal clarity.

“We have no budget surplus. The budget surplus is gone as a result of the contraction of economic activity in our nation,” Garofalo said.

The House adjourned until Friday. The Senate will be back Thursday, with possible topics including bills to ramp up test capacity, increase broadband availability and make sales of beer and wine for takeout at restaurants.

Senate Majority Leader Paul Gazelka, R-East Gull Lake, said he wants the Legislature to get back to a more-regular routine in the same way he hopes other businesses can at some point, too.

“It’s critical that we focus on how we get the livelihood of Minnesotans back on track, how we jumpstart that,” Gazelka said. “We’re going to lead by example.”

In an action unrelated to the pandemic, the Legislature gave final approval to a bill guaranteeing people with diabetes access to affordable insulin. It was more than a year in the making.

Minnesota residents running short of the prescribed medication could get a 30-day supply with a co-pay that won’t exceed $35. Low-income patients could also qualify for a long-term relief program.

Rep. Michael Howard, DFL-Richfield, predicted it would save lives.

“For Type 1 diabetics, insulin is like water. And they are literally being priced out of their lives,” he said. “So, we set out to pass a simple bill — one that says no one should ever lose their life because they can’t afford the insulin they need to survive. And that insulin manufacturers who have profited should share in the responsibility of solving this.”

Drugmakers that don’t make insulin available to the program would face large fines.

It passed the House on a 111-22 vote Tuesday and later cleared the Senate on a unanimous vote. Walz’s signature is anticipated soon.

Daudt, R-Zimmerman, was among those who opposed it. Daudt said in some cases drugmakers have created emergency insulin programs that are better than the one lawmakers set up.

“We all should want to make sure that folks who need insulin have access to it,” he said. “I think in this situation, the private marketplace beat government to the punch.”

Sen. Jim Abeler, R-Anoka, said the compromise should withstand efforts to undermine it.

“I don’t think pharma is going to sue over it. If you do you’re going to have a lot of people really mad at you over it,” Abeler said. “It won’t go well, so don’t do that.”

Sen. Matt Little, DFL-Lakeville, paid tribute to the parents of Alec Smith, who died years ago after rationing his insulin. The man’s parents lobbied hard for the measure.

“You only get this evening off because tomorrow we have more work to do, and I know you’re ready for it,” Little said.

As of Tuesday, Mower County has had 24 confirmed cases of COVID-19 since the beginning of the pandemic. The Minnesota... read more