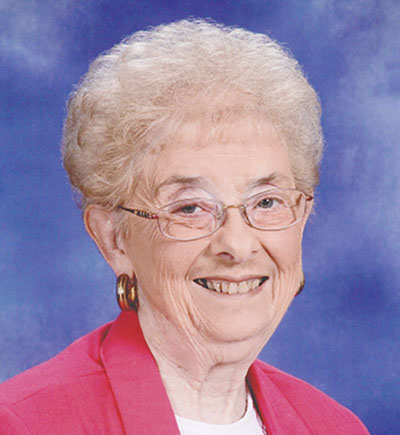 Church. Together they raised two children, Susan and Steven.

A lifelong member of First United Methodist Church in Austin, she faithfully served as leader of the Worship Commission for several years and was part of many other committees, including the work she did every Monday morning in the sanctuary. Arlene was active in the Austin community. She served as a Girl Scout leader, was a past honored Queen of Job’s Daughters, a Past Worthy Matron of Unity Chapter 29 Order of the Eastern Star, of which she was a member for over 60 years, a member of the Sterling Silver Club, First Farmers and Merchants First Class Club and the American Legion Auxiliary.

A devoted wife and mother, family was important to Arlene. She was very organized, kept a neat, clean house and loved to cook and bake. She and Ralph enjoyed card club, golfing and they loved to travel.

She was preceded in death by her parents, Arnold and Violet Mohs; her husband, Ralph, in 2004; and her sister, Olive Christenson. Arlene is survived by her daughter and son-in-law, Susan and Tim Krueger of Holmen, Wisconsin; son, Steven Novotny of Byron, Minnesota; cousins; and a niece.

Due to the coronavirus, there will be a private graveside service at Oakwood Cemetery with the Rev. Dr. Donna Dempewolf officiating. A memorial service will be announced at a later date. Memorials are preferred to the First United Methodist Church Faith for the Future Fund.

Death on the far side of the world

This tale is true. I should know for it happened to me. Here is my story as I told it... read more