Vern was born Sept. 15, 1928, in Minneapolis, Minnesota, to Elroy and Clara (Ellen Westvig) Landberg. He was the youngest of six children, all of whom have since passed away. 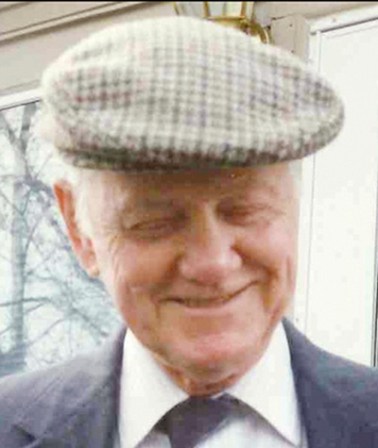 Growing up, the Mississippi River, trails, caves and downtown Minneapolis were his playgrounds. Vern graduated from Southside High School. He served his country by enlisting in the U.S. Army in June 1948. He qualified as a parachutist and was with the 11th Airborne Division. Vern served two tours overseas in Japan and finished his service at Fort Monroe, Virginia.

Vern lived and worked in Chicago, Illinois, for a time. He later returned to Minneapolis and worked for Flour City until the plant’s closing. Vern had many interests; he enjoyed reading, jigsaw puzzles, fishing, fly-in trips to Canada with family, short road trips, nature, and summers spent on the Iron Range. He was a Vikings and Timberwolves fan. He also loved his casinos and horse races.

Vern met Mary and they were married on St. Patrick’s Day in 1998. He enjoyed the Birthday Group and time spent with Mavis and Rick, his friends with whom he traveled to Hot Springs, Arkansas. He especially enjoyed the February Jazz Fest here in Austin at the Paramount.

Health issues and dementia slowly stole much of Vern and Mary’s married life together.

Thank you to the staff at Good Samaritan, Sacred Heart Day Care and Sacred Heart Care Center for their special care of Vern. Vern was a very special person and will be so missed.

Any memorials in Vern’s honor may be directed to a veteran’s or dementia organization.

A Celebration of Vern’s life will be held at a later date.

Condolences may be left online at mayerfh.com

Voices of the Strong