Chadwick Alan McCorquodale, 38, of Stewartville was sentenced to 20 years of probation for felony first-degree drugs – possess 100 grams or more of methamphetamine – on Thursday in Mower County District Court.

Charges of gross misdemeanor DWI – operate motor vehicle – body contains any amount of schedule I/II drugs – and misdemeanor driving after revocation were dismissed at the sentencing as part of a plea agreement reached on Dec. 27.

McCorquodale was arrested on Sept. 30, 2018, after law enforcement received a call that night of a vehicle revving its engine and driving with no lights in the 28000 block of 785th Avenue in Racine Township. 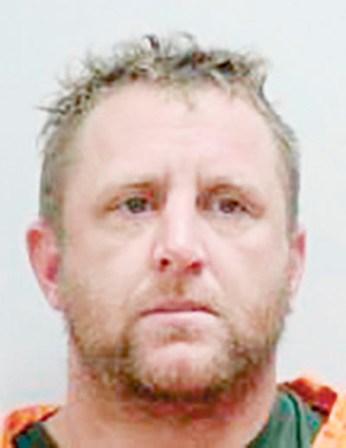 Court documents state a Mower County deputy observed a 2003 Chevrolet Monte Carlo stopped in the middle of the road about ¼ of a mile from the reported location. He then saw someone run in front of the car’s headlights and saw a Chevrolet pick-up truck parked in the road with its lights off. As he got closer, the Monte Carlo started to drive away, but stopped when the deputy activated his emergency lights.

The deputy observed that McCorquodale appeared anxious, was speaking rapidly and continuously moving his upper body and arms, had bloodshot eyes and got agitated when questioned about his story. He was then told to perform several field sobriety tests, failed, and was placed under arrest. When he was searched, the deputy found a cigarette packet with several hundred-dollar bills inside. When asked about the money, McCorquodale said that was how he carried it.

The deputy then questioned Merchlewitz, who changed the story and said he didn’t know who was driving the pick up. The deputy made Merchlewitz step out after seeing a knife sticking out of his pocket and noticed there were several tools, flashlights and miscellaneous items, including the ignition keys for the pick up truck, in the passenger seat. The deputy believed Merchlewitz had not been in the passenger seat for long and began to search the driver side of the vehicle, where he found a methamphetamine pipe, a methamphetamine bong, and a small bag with methamphetamine residue.

The deputy then spoke to Merchlewitz, who changed his story again and said McCorquodale picked him up in Spring Valley. He claimed his only belongings in the car were his sweatshirt, wallet and the items found on his person. He denied having anything to do with the methamphetamine.

The deputy then spoke to McCorquodale, who said Merchlewitz had brought a black bag and sweatshirt, but was not sure if he had anything else. He said he had just picked up Merchlewitz at the location and that Merchlewitz was a passenger in the pick up truck. He denied ownership of the methamphetamine pipes found in the center console.

Merchlewitz was also charged in the incident.

As part of his probation, McCorquodale must follow 20 conditions. Failure to follow the conditions could result in 95 months in prison and pay $135 in fines.

ANCHORAGE, Alaska — A musher coming off back-to-back wins in another long-distance sled dog race was the first to reach... read more