Patricia Marie Hoffman, 82, of Austin, Minnesota, passed away Wednesday, March 11, 2020, at her home in Austin.

She was born on June 13, 1937, in Austin, the daughter of James and Violet (Hall) Halligan. Patricia attended Columbus Grade School and St. Augustine High School, graduating in 1955. Following high school, she worked for Hormel for two years. On May 11, 1957, she was united in 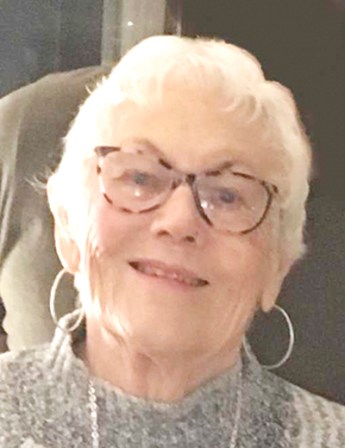 marriage to Donald Hoffman at St. Augustine Catholic Church in Austin. Their union was blessed with four children and 60 years of marriage. Patricia was a devoted homemaker, wife, and mother. After their children were grown, she worked at Sacred Heart in the activities department. Patricia was a lifelong Austin resident and was a member of Queen of Angels Catholic Church. She was an avid reader and loved to travel. Her friends and family will miss her dearly.

Survivors include her son, Mark (Kathy) Hoffman of LaPorte, Minnesota; her daughters, Shelly (Rick) Hovland of Austin, Jill Wagner of Austin and Gretchen (Greg) Beckel of Austin; eight grandchildren; two great-grandchildren; and sister, Sharon Woolsey of Belvidere, Illinois. Patricia was preceded in death by her parents, James and Violet Halligan; husband, Don Hoffman in 2017; and one brother, Robert Halligan.

A memorial Mass will be held at 11:30 a.m. on Saturday, March 21, 2020, at Queen of Angels Catholic Church in Austin. Visitation will be held from 10-11 a.m., with an 11 a.m. rosary service, on Saturday at the church. Interment will be at a later date in Oakwood Cemetery in Austin. Memorials are preferred to St. Joseph’s Indian School, 1301 North Main St., Chamberlain, SD 57325.

ST. PAUL — Minnesota, Wisconsin and federal officials plan to conduct large-scale netting in response to the capture of 51... read more