The State of Minnesota has requested the extradition of Lois Ann Riess, 58, formerly of rural Blooming Prairie, to face charges surrounding the 2018 shooting death of her husband, David.

David was found dead on March 23, 2018, at his home in rural Blooming Prairie. Riess was suspected of the murder and became the subject of a nationwide manhunt that ended on April 19, 2018, with her arrest in South Padre Island, Texas. 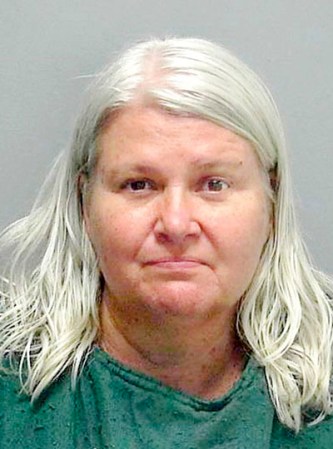 While on the run, Riess murdered 59-year-old Florida resident Pamela Hutchinson on April 9. Hutchinson’s body was found in a Fort Myers Beach condo.

On Oct. 17, 2018, a Dodge County investigator flew to Florida and took possession of a handgun recovered in Riess’ Texas hotel room after her arrest. The handgun, a .22-caliber semi-automatic, was turned into the Minnesota Bureau of Criminal Apprehension (BCA) on Oct. 22 for forensic testing.

On Jan. 29, 2019, the BCA completed their testing and released the handgun back into the custody of Dodge County. The forensics report indicated the shell casings found at the scene of the David Riess homicide matched the handgun being tested.

Riess pleaded guilty on Dec. 17, 2019, in Lee County, Florida, to murdering Hutchinson and was subsequently sentenced to life in prison. During the hearing, Riess waived her rights to extradition, making it possible for her to come back to Minnesota and face murder charges.

A conviction in Minnesota would not overturn Riess’s sentence in Florida.

John Stiles, spokesman for the Minnesota Attorney General’s Office, told the Herald the state has filed paperwork with the State of Florida to extradite Riess from the Florida Women’s Reception Center in Ocala; the request is still being processed.

Stiles added that the Minnesota Attorney General’s Office will prosecute the case per a request from the Dodge County Attorney’s Office. Extradition and court dates have not been announced, but Stiles said he hopes to have that information by the end of the month.