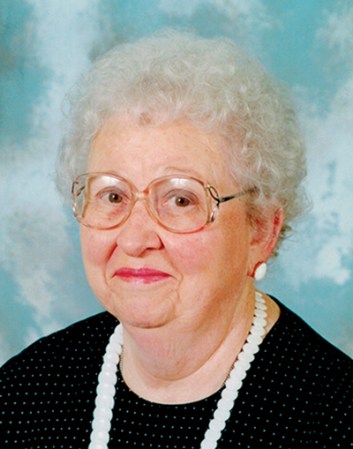 She combined her love of travel and learning and participated in two international study programs – one in Japan in 1974 and another in Europe in 1995.

She married G.Donald Miller on Sept. 9, 1950, and resided on the family farm near Oakland, Minnesota, until her later years.

Mary Ellen worked for 25 years as a University of Minnesota Extension Educator in Mower County, retiring in 1989. She received numerous awards for her work, including the National Association of Extension Home Economists Distinguished Service in 1976, MN Extension Director Award for Distinguished Faculty Service in 1988, Mentoring Award of the MN Pi Chapter of Epsilon Sigma Phi, National Extension Service Fraternity in 1996, and was recognized as one of the 100 Honorees for U of M, College of Home Economics in 2000.

She was preceded in death by her husband, Don Miller; her parents, John and Nellie Tuberty; and her sister, Kay Hannan. She is survived by her four children, David, Dan (Ai-Chin), Ann (Jerry) Shaw and Sheila (Rod) Miller; and five grandchildren, Jenna, Josh, Corey, Cynthia and Ashley.

The family would like to extend a special thank you to the caring staff at Chandler Place Assisted Living in St. Anthony, Minnesota.

A memorial gathering will be held at a later date.

By Rachel Polson Chair, MNCPA board of directors On behalf of our 8,500 members, the Minnesota Society of Certified Public... read more