Erik Scott Ulland, 31, of Austin was sentenced to 360 days in jail for felony first-degree drugs – possess 100 grams or more of methamphetamine – on Thursday in Mower County District Court. He received credit for 48 days served.

In addition to jail time, he must also spend the next 30 years on probation, during which he must follow 22 conditions, and pay $30,085 in fees. 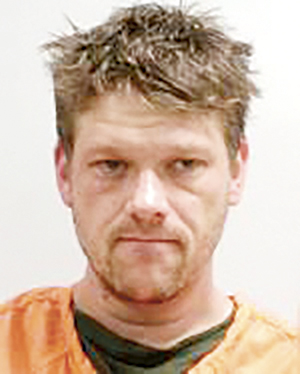 Charges of misdemeanor possess over 1.4 grams of marijuana in a motor vehicle and misdemeanor driving after revocation were dismissed at the sentencing as part of a plea agreement reached on Sept. 30.

Court documents state that on Aug. 21, regional narcotics officers advised an Austin narcotics detective that a 1999 Honda Civic was heading south on Highway 218 and that the driver could be in possession of drugs. They also advised the driver was traveling at a high rate of speed and passing other vehicles in an unsafe manner, having almost caused an accident.

An officer stopped the vehicle in the vicinity of 14th Street Northwest and Interstate 90. The driver, Ulland, told the officer he was on probation and did not have a valid driver’s license.

Ulland told police he had picked up the drugs from “someone” and that “someone else” was supposed to pick them up from him. He denied knowing the names of the other subjects involved in the transaction.

Ulland could face up to 90 months in prison if he fails to follow his probationary conditions.