Howard was born on March 7, 1933, in Nashwauk, Minnesota, to Guy and Lillian (Pearson) Johnson. He graduated from Greenway High School in 1951. Howard married Maxine Lexen on July 17, 1954, at the Lutheran Church of the Holy Trinity in Duluth, Minnesota. They moved to Austin in 1961 and were long time members of Grace Lutheran Church. 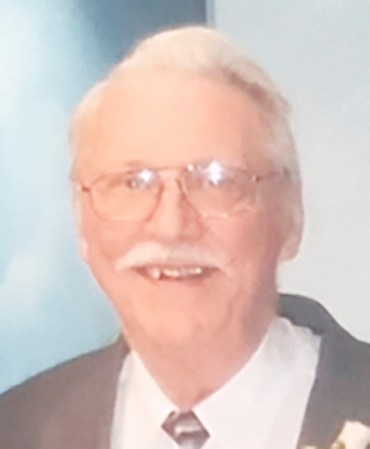 Howard started his career as a federal meat inspector at Elliot’s Meat Packers in Duluth prior to moving to Austin in 1961. He was a federal meat inspector for Hormel through 1988. Howard received numerous awards and recognition for his work. Prior to his professional career, he worked as a laborer in the iron ore mines. Howard also served in the U.S. Army from 1953-1955. He was an avid sportsman and loved the outdoors. Fishing was his passion and he focused on muskie fishing in his later years. Howard was also an avid bowler and was on a bowling league in Austin. Howard’s family was extremely important to him and he loved sharing his hobbies with his family. Howard enjoyed traveling the United States, but he loved being on the lakes of Minnesota more than anything. Wintertime was spent enjoying his love of snowmobiling.

In addition to the love of his life, Maxine, his next love was music. He played guitar throughout his whole life, including playing with his band called the “Country Rascals.” Many weekends were spent dancing the night away and enjoying the music. Howard was also an avid collector of rocks, coins, and antiques. Howard loved all Minnesota sports! You could always find him in front of the TV cheering on the Minnesota Twins and Vikings.

He was preceded in death by his wife, Maxine; sisters, Barbara, Betty, and Elaine; and his parents.

Private family services will be held at Clasen-Jordan Mortuary. A public memorial service will be announced at a later date. Memorials can be made to the Minnesota Leukemia and Lymphoma Society.