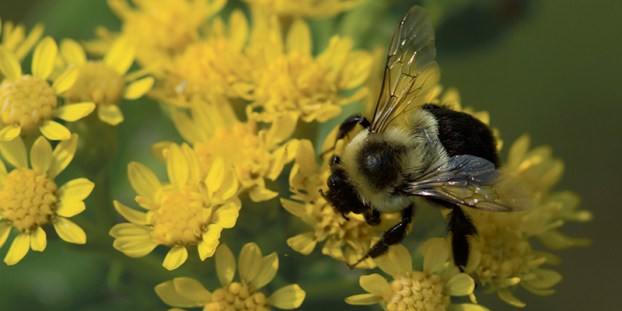 How to BEE friendly to our pollinators

Now more than ever, society has turned a concerned eye to the fates of our pollinators.

A fearful trend of bee die-offs over the last few years has prodded society into an effort to ensure that pollinators have a place in our future.

On top of that, the effort is now growing into the residential backyards of many as ordinary citizens do more to make sure that pollinators, including bees, have a place to do their work.

It’s not even that hard. Simply planting those things that pollinators are looking for is a step in the right direction.

“We want plants that are going to provide nectar throughout the spring, the summer and into early fall,” said Jay C. Hormel Nature Center Director/Naturalist Luke Reese. “There are a variety of plants that bridge the gap.”

As this effort grows to become more pollinator-friendly, Reese said that simply casting an eye to those plants that thrive in Minnesota can be the first step in providing a welcoming backyard for bees.

“Wild flowers that are native to Minnesota are good because that’s what bees are feeding on,” Reese said.

What’s better is these plants are great for either residential property in the city or for open lands on acreages and farms.

In fact it’s the urban areas that in some ways are leading the charge. The rusty patch bumblebee was added to the endangered species list last year. However, Reese said that he recently had it confirmed by the U.S. Fish and Wildlife Service that a bee he found in his backyard was in fact a rusty patch bumble bee, which are not native to this part of Minnesota.

With this discovery, the Austin area will be included on the range map by the U. S. Fish and Wildlife Service.

“The rusty patch bumblebee is doing best in the urban areas,” Reese said.

The University of Minnesota’s Bee Lab (www.beelab.umn.edu/bees/flowers/plants-mn-bees) offers a large database of information on becoming a bee-friendly hot spot for our bee-utiful friends. 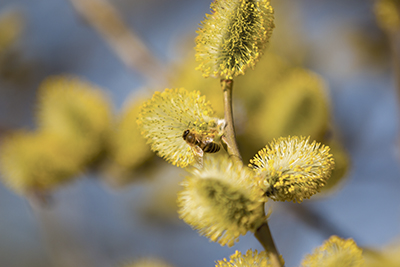 A shrub, the pussy willow has an early bloom and will attract honey bees and other kinds of bees. It will grow in full sun and partly shaded areas. 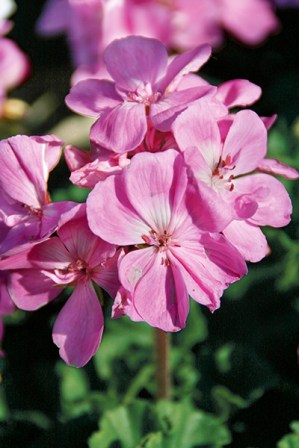 The wild geranium is a native plant to Minnesota with an early bloom. While it won’t attract honey bees, it will attract other variety of bees to its small purple flowers. The plants prefer shaded areas. 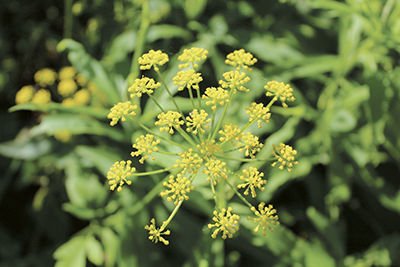 (May to early June)

This colorful yellow flower has an early- to mid-bloom time and, like the pussy willow, enjoys full sun or partly shaded areas. Again, while this won’t bring the honey bees a calling, it will bring in other varieties of bees. 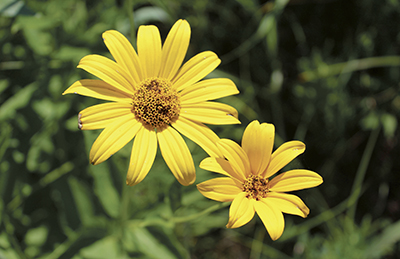 Sunflowers are the iconic flowers of summer. Bright and yellow, they capture the attentive eye and the attentive bee. This flower will bloom mid- to late year and will grow in a variety of areas including full sun, part shade and shaded. Expect to see almost all varieties of bees coming to this beauty. 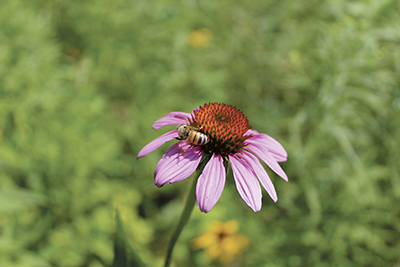 The purple coneflower is a beautiful purple flower that adds a stark and bright contrast to any backyard. With a mid-year bloom, the coneflower thrives in full sun and will bring most all kinds of bees in Minnesota a callin.’ Its yellow sibling, the yellow coneflower, can add a nice accent. 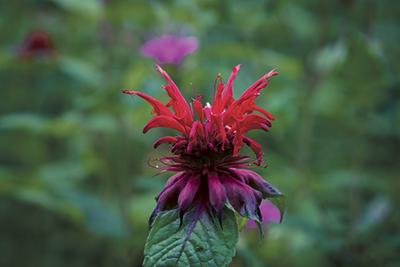 An herbaceous plant, the bee balm enjoys full sun and blooms mid- to late season. It’s an ideal plant to include as it is considered a super food for bees, according to Reese. 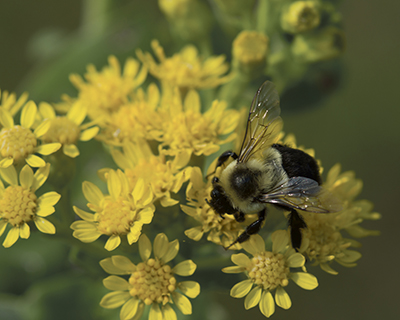 A yellow and vibrantly blooming plant, the stiff goldenrod will be a late-season bloom with a love for full sun and partly shaded areas. Will attract honey and other kinds of bees. 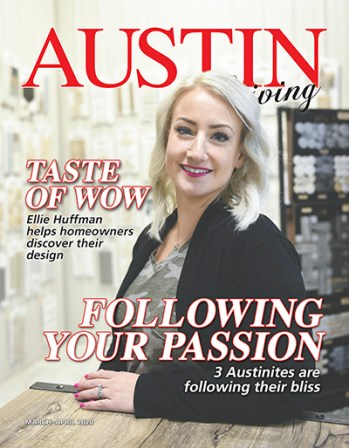 You can find this story along with so much more in the March-April edition of Austin Living Magazine and as always if you have a story idea, please send it to Eric Johnson at eric.johnson@austindailyherald.com

Howard is Kiwanis Student of the Month

The Austin Noon Kiwanis has selected Lukas Howard as their student of the month for January. He is a senior... read more