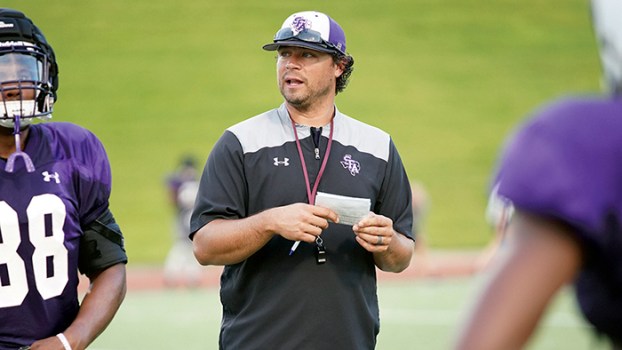 After a two-year hiatus, Johnson returned to Central Washington University, this time as the defensive coordinator for the Wildcats, who play at the Division II level. Defensive coordinator is the highest position that Johnson has coached since he began coaching as a grad assistant at St. Cloud State University in 2009. Johnson also played baseball and football for the Huskies, where he was second team Northern Sun Conference as a wide receiver in 2008. Johnson’s rise in the coaching ranks has seen him stop at five different schools. He also coached the safeties at Central Washington, which is located in Ellensgburg, Washington, from 2015-2017.

“The opportunity came to come back here and I just wanted to give it a shot. I wanted to make sure we got the defense back to where it was,” Johnson said. “In my first stint, we had an opportunity to get the program back to what it had been in the past. We accomplished that and I had the privilege to work under one of the smartest guys I’ve ever worked for in Scott Power. I learned a lot from him and he’s an up and coming name. Everyone will now about him in a few years.”

Power is currently the defensive coordinator at Stephen F. Austin and he elevated Central Washington to the 19th ranked defense in the nation in 2017 with the help of Johnson after the Wildcats had one of the worst defenses in the nation in previous seasons.

Central Washington went 7-4 overall last season and Johnson feels the team can take the next step and become a playoff team this season.

“I’m looking forward to this year. We’ve got a lot of challenges because we won’t really be able to have spring practice, but we have good athletes and good kids,” Johnson said.”We’ve got a group of guys who want to pull the rope in the same direction. We’ve got the potential to be a playoff team.”

Johnson thrived as a wide receiver at St. Cloud State and that has helped him learn how to approach the game from the defensive side of the ball. Johnson wants his defense to wreak havoc on the timing of the offense and he wants his players to be physical, fast and disciplined.

“It’s about creating pressure and creating turnovers,” Johnson said. “Everything on offense is timing and the more you can disrupt it, the better you can be.”

Johnson admits today’s players have it better than he did when he played just a decade ago, but he feels a connection with Division II and Division III athletes, who are playing for the love of the game.

Johnson is going to continue to put in the time it takes to get Central Washington’s defense to elite levels this fall and he’s going to keep driving to compete at the highest level he is capable of.

“It’s no secret that coaches are always trying to move up and I did it myself. The challenge is when you want to move up to the highest level possible is that you have to be good where you are at. You’re not going to get that opportunity unless you work as hard as you can day in and do out,” Johnson said. “It’s the competitive drive to be the best I can be. That’s the same whether you’re working out or you’re fat and old like I am now. You can still have that competitive drive behind the computer. That’s what gets me going every day.”

Hulne: Staying positive in the down time

As we move forward in a world without competitions, I’ve seen some big time creativity from athletes and coaches alike... read more