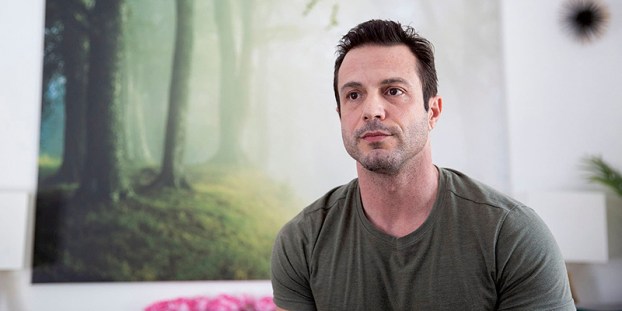 Former firefighter Brian Cristofono calls post-traumatic stress disorder a "silent epidemic." Cristofono retired from the St. Paul Fire Department in May 2017 and says that trauma from his work as a firefighter and medic still affects him.Christine T. Nguyen | MPR News

A relatively new law in Minnesota has made it easier for first responders to claim workers’ compensation insurance for post-traumatic stress disorder, or PTSD.

What first responders encounter on the job is different from what soldiers deployed in war zones see, but often it’s just as bad, said Margaret Gavian, a psychologist who works with firefighters. They respond to car wrecks, children who aren’t breathing, someone experiencing a heart attack or people who’ve died by suicide.

A growing number of states, including Minnesota, are acknowledging that responding to emergencies can have a lasting — and damaging — effect on people’s mental health. Thirty-five states let first responders claim workers’ comp for PTSD. But now, some cities are worried about how they’re going to pay for the care.

First responders in Minnesota have been allowed to apply for workers’ comp for PTSD since 2013. But a law that went into effect last year presumes the distress is work-related, unless the employer can prove otherwise.

Cities and their insurers are scrambling to figure out how much it will cost to pay for PTSD treatment and for the time off needed as the employee recovers.

“One of the challenges with PTSD has been because it is such a new type of claim we don’t have a lot of experience … there’s probably a little more uncertainty in the amount that we’re setting aside for it,” said Dan Greensweig, who directs the League of Minnesota Cities’ Insurance Trust, a consortium that provides insurance to many Minnesota cities.

The actual numbers of PTSD claims first responders have filed is small: Cities the trust insures have seen fewer than 200 since 2013. But the trust has set aside more than $20 million dollars to cover them, because it has to be prepared to pay out that much.

To make sure it has enough money for that, the trust raised insurance premiums 9 percent last year. Usually, the annual increase ranges from 1 to 2 percent.

The Public Employees Retirement Association of Minnesota, which pays out disability for public employees, said last year 60 firefighters and police officers went out on disability because of PTSD related to their work. That’s a small number, but twice as many as the year before.

Greensweig said workers’ comp insurance is one of the costs cities have to take into account in their public safety budgets, just like police cars or fire hoses.

“This is another way that it’s increasing the cost of public safety, and it all comes out of the taxpayers,” he said.

But treating PTSD is cheaper than not treating it. Retired firefighter Brian Cristofono loved his job and couldn’t imagine doing anything else. He wanted to be a firefighter since he was a kid.

But he was also horrified by what he saw day in and day out on the job and eventually found himself having nightmares and drinking too much. Sometimes he would think about hurting himself.

One day he realized he was very sick and made himself go see a therapist. When he burst into tears in her office, she sent him to a trauma specialist, who diagnosed him with PTSD.

He kept going to therapy anyway, though he didn’t tell anybody at work because he was afraid of what they would think.

The therapy helped, but not enough. One day in 2016, he was getting ready to go out on a call and had a panic attack.

He filed for workers’ comp, but his claim was denied.

He says the city of St. Paul, which is where he was working at the time, offered him to go back to work or even take a desk job. But he decided to follow his doctor’s advice and take some time off.

“You’re never going to get back to normal,” he said, “but at least bring you back down from where you were … You’ve got to take time to decompress and to process that trauma.”

Cristofono left the job completely in 2017, not long after his panic attack, and he’s been on disability ever since. Now he spends his time taking care of his mental health, when he can afford to, and lobbying for more places to recognize PTSD in first responders.

Mental health professionals like Margaret Gavian are training their colleagues to work with first responders.

And this year the League of Minnesota Cities created a new job: a public safety coordinator who will work to help cities promote the diagnosis, prevention and treatment of PTSD in emergency responders.

This reporting is part of Call to Mind, an MPR initiative to foster new conversations about mental health.

NEW YORK — The coronavirus outbreak began to look more like a worldwide economic crisis Friday as anxiety about the... read more