ST. PAUL — The Minnesota Senate voted 64-0 Monday to earmark nearly $21 million to reinforce the state’s response to the coronavirus outbreak, and the House was poised to quickly follow suit so the bill reaches Gov. Tim Walz’s desk this week.

“They’re working in a totally nonpartisan manner, trying to work out just a few technical details, but I think you’ll see it this week,” the Democratic governor told reporters shortly before the vote in the Republican-controlled Senate.

“This is a bipartisan effort and it’s the way government should work,” said GOP Sen. Jerry Relph, of St. Cloud, the lead author in the Senate. 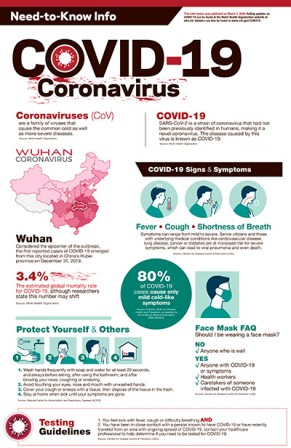 The unanimous vote sent the bill to the Democratic-controlled House, which was expected to vote on it later Monday. Speaker Melissa Hortman, of Brooklyn Park, said responding to the crisis is now the top priority of the legislative session.

Walz said it’s highly likely that Minnesota will need to come up with more than the money under discussion Monday, but he said that’s what state agencies think they need for now. Several lawmakers agreed that more money eventually will be needed as the outbreak spreads.

The bill adds $20.9 million to a public health emergency account that already contains $4.6 million. The new money could only be used for responding to the current outbreak, while the older money could also be used for future disease outbreaks. The Minnesota Department of Health plans to use the money for staff costs, testing and protective equipment.

The department has recorded two cases of COVID-19 in Minnesota, a Ramsey County case that was confirmed Friday and a Carver County case confirmed Sunday.

For most people, the new coronavirus causes only mild or moderate symptoms, such as fever and cough. For some, especially older adults and people with existing health problems, it can cause more severe illness, including pneumonia.

The vast majority of people recover from the new virus. According to the World Health Organization, people with mild illness recover in about two weeks, while those with more severe illness may take three to six weeks to recover. In mainland China, where the virus first exploded, more than 80,000 people have been diagnosed and more than 58,000 have so far recovered.

Republican Senate Majority Leader Paul Gazelka, of East Gull Lake, said after the vote that it’s important to take the threat seriously, but to remain calm. He pointed out that the seasonal flu has resulted in many more illnesses, hospitalizations and deaths in Minnesota and nationally.

“We expect more cases but we’re going to be able to navigate through it if people just follow the guidelines that they do for the flu,” he said. “Cover your cough when you’re coughing, wash your hands, if you’re sick stay at home.”

Nashville church worships in the rubble after deadly tornado

NASHVILLE  — Bobbie Harris, 79, lost her rental home, her job and her church when a deadly tornado struck her... read more