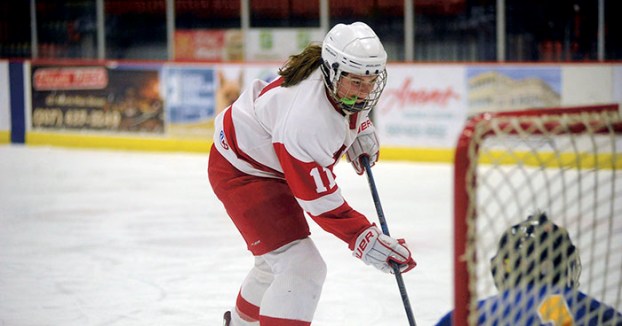 Austin junior Lexi Stich put together a game’s worth of goals in a handful of minutes as she kickstarted the No. 3 seeded Austin girls hockey team to a 8-1 win over No. 6 Waseca in a Section 1A quarterfinal game in Riverside Arena Wednesday.

Stich scored her three goals in a four-minute stretch of the first period to put the Packers up 4-0 and Austin cruised from that point on.

Stich hadn’t scored a hat trick since she played youth hockey, but she was ready to convert when the puck came her way.

“It was really nice to start off like that and it was a good momentum booster for the team. We just worked as a team and we knew what we were up against. I love these girls and they’re like my family. I’m so excited to stay with them and keep the season going.”

Austin led 6-0 in the second period before Waseca (1-25 overall) got on the scoreboard. 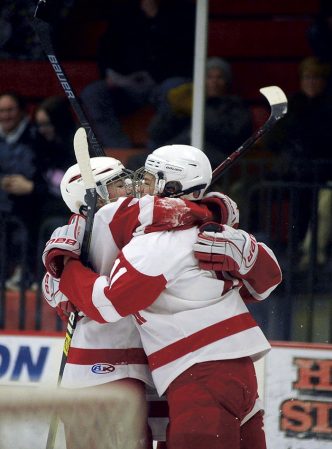 “We thought we had earned the No. 3 seed and there was a lot of debate between the teams in the seeding meeting,” Austin head coach Troy Holtz said. “I think tonight we proved why we deserved to be the three.”

Shelby Davidson had 38 saves for Austin and she stopped 17 of the 18 shots she saw in the second period to prevent a Waseca comeback.

A pair of middle schoolers scored their first ever varsity goals in the third period as eighth grader-Camille Dunlap and seventh-grader Brenna Haedt each found the net.

The Packers (12-12 overall) will play at No. 2 Faribault (18-5 overall) in a Section 1A semifinal contest Saturday. The Falcons won both regular season meetings with Austin, which has won six of its last seven games. 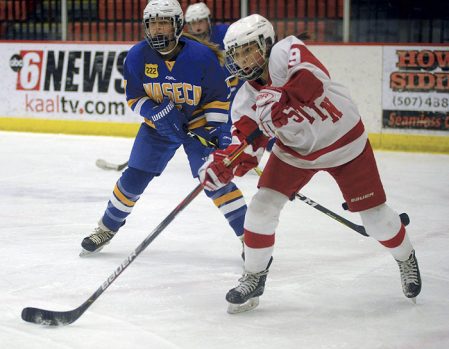 Continuing on an already strong third season with the Bruins, Dante Sheriff has been awarded the NAHL Bauer Forward of... read more