Setting the Stage: From radio to inside the production business, Soderberg works with musicians 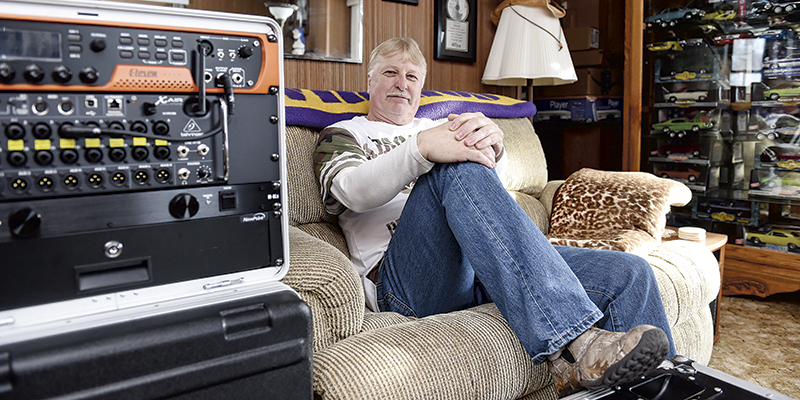 Although he has only been in the music production business for nine years, Austin resident Scott Soderberg’s time with musicians goes back  a lot longer.

Both his parents, Kenneth and Evelyn Soderberg, were some of the first graduates of Brown Institute for Broadcasting in Mendota Heights. The eventually settled in Austin, where Kenneth worked for KAUS.

Eventually, Soderberg decided to follow    the family tradition and go into broadcasting.

“I’d grown up around broadcasting all my life. It seemed like a natural fit,” Soderberg said. 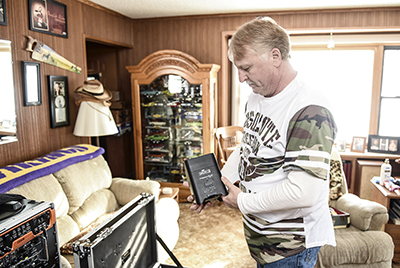 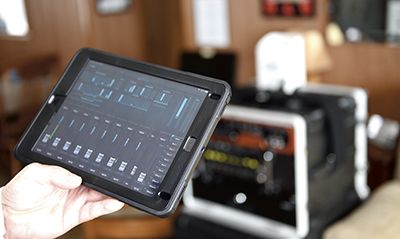 Technology has advanced to a point where sound controls can come in a program operated on tablets like an iPad. Eric Johnson/Austin Living

At KAUS, Soderberg worked as an overnight announcer before becoming the morning announcer on FM 100, which he held for 30 years.

In 2006, KAUS became a charting station affiliated with Music Row out of Nashville and Soderberg began the show, “The Make’em and Break’em Hour,” where he released new charting songs and reviewed them.

Showing off the latest songs was something that rejuvenated Soderberg.

“I’m doing something for artists and for my listeners; Bringing them the newest stuff first, while at the same time giving artists an opportunity to be heard,” he said.

As part of this, Soderberg began forging relationships with the artists, who would travel around on performance and radio tours. The artists would stop by and have their music featured before going to a local bar to meet people.

This would get Soderberg more involved in the industry, with him taking trips to country music seminars in Nashville and meeting more artists.

When Soderberg left, he sent out a mass email letting the artists and industry members know that he was getting out of the business. A number of people asked what he planned to do, and at first Soderberg just wanted to take some time off after 30 years in the radio business.

“After working in radio for 30 years, six days a week, I said, ‘I’m going to take my unemployment and enjoy myself a little bit,’” he said.

One of the people who spoke with him was a country music artist named Tom Wurth, who had been on Soderberg’s show several times over the years. When he was ready, Wurth asked if Soderberg would like to work with him.

While the equipment is expensive, one improvement Soderberg has enjoyed over the years is that technology is getting smaller, making things easier to carry and requiring less space for hauling it in a vehicle.

“It made for a little less physical work,” he said.

Other advancements Soderberg has taken advantage of include new wireless systems. Now, Instead of sitting in front of a board to run the sound, everything can be done via tablet.

“That part of it has been really nice,” he said.

The less time things take, the more money is made, Soderberg said.

The only bad part of him having upgraded to wireless is that he now has a bunch of expensive wiring he no longer uses.

Once he upgraded to wireless, Soderberg was able to sell his trailer he used and just transport his equipment by van.

The reason he decided to go with Wurth is that while some people are an entertainer first and an artist second or vice-versa, Wurth is amazing at both.

Being with Wurth over the last few years has been a big journey.

“It’s been quite the journey just being around him,” Soderberg said.